In an important hearing Supreme Court today asserted that farmers have the right to protest and it will not interfere with it. While BJP is still in denial mode and continues its propaganda with farmer conventions to “educate” people about farm laws and its IT cell continues with the smear campaign against the protests.

All India Kisan Sangharsh Coordination Committee (AIKSCC) has expressed shock at the level of arrogance of the democratically elected Central Govt. in denying the justified demand of farmers that repeal of the anti-farmer laws creates the ground for meaningful dialogue on the longstanding demand of farmers for assured income and guaranteed remunerative prices of all crops for all farmers.

AIKSCC continues to rebuke the central government which is coming up with new spins every day to discredit and denigrate the very people who have elected it and given it the right to govern. This is unacceptable in democratic India.

The grammar of democratic governance must be articulated by the Govt. and constitutional institutions like Courts exist for checks and balances, not as a replacement of the obligations to be performed by the political executive.

Kolkata saw a huge Kisan Rally on 16 December and Mumbai is gearing up for large protests on 22 December. On 16th December, Kolkata saw a 30,000 strong farmers rally, demanding the repeal of the 2 anti-farmer black laws of the Central Govt.

Also Read: The Intended and Unintended Consequences of the Farm Laws 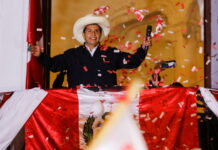