The Farmer’s Protests at the State capital have further increased in momentum on the twenty-second day, leaving Government officials no choice but to finally pay attention to farmer demands.

The Delhi CM Aravind Kejriwal, and the Supreme Court have taken a bolder step in favor of the farmers.

Supreme Court: “Won’t Interfere with Farmer Protests at this Stage”

The Supreme Court said on Thursday that it would not interfere with the Farmer Protests at this stage. The Court believed that the farmers must be allowed to continue their protests as it was their fundamental right to protest.

The court further maintained that as long as the protests have been peaceful, do not cause any damage to life and property of other citizens, and are in accordance with the law there cannot be an issue.

At a special session of the Delhi Assembly on Thursday, Delhi CM Aravind Kejriwal tore up copies of the Farm Laws. He also criticized the Government for letting protesting farmers lose their lives at the Delhi borders.

So far, at least three farmers have lost their lives at the border. The deaths have been caused by an accident, fire, and natural causes.

Agriculture Minister Narendra Tomar has now written an eight-point open letter to the farmers while stating that the government will be giving an assurance for the MSP and all other demands placed by the Farm Unions. PM Modi has also urged the farmers to read the open letter written by the minister.

Both Ministers are still convinced that the farmers are being confused by oppositions.

BSNL Filled With Anti-Nationals, 85,000 employees will be fired :BJP MP... 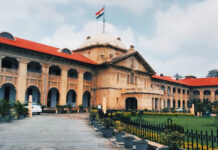 Allahabad HC Quashes NSA Charges Against 3 Men in an Alleged...