From October 2019, Chile has seen a movement, nearly 40 lakh people strong, calling for the end of their Neo-liberal legacy. The protests began when an organized group of school students protests a hike in public transport fees and escalated to the point of emergency being declared and the fall of the Chilean constitution.

In the 1930s, the elite of Chile was concerned about a revolution and began to support a modern welfare-style economy. The Chilean government then became a modern democracy. Socialism began to grow in popularity in Chile. After the Cuban revolution established a Soviet ally in the Western Hemisphere, the Americans were concerned that Latin America would see more countries shift. In the 1960s, many countries in Latin America saw military takeovers of formal democracies.
In Chile, anti-socialist candidates were supported and funded by the American government. The appeal of socialism and the propaganda system were in a tussle for the popular spirit of the country. In 1970, a member of the Chilean Socialist Party, Salvador Guillermo Allende Gossens, was elected President in Chile after many failed attempts. Immediately, Allende raised the minimum wage, and increased the public sector, and increased spending on education and healthcare.
The American government targeted Allende. American copper companies operating in Chile lost when Allende nationalized the mining sector. Allende advocated a parliamentary path to socialism, as opposed to a violent revolution. At a time where socialism was linked with violence in anti-left propaganda, the Americans feared this would create the threat of a good example.
The American government actively started an anti-Allende campaign in Chile even before the election. This resulted in the polarization of Chile. The United States also engaged in a series of economic tactics to increase inflation in Chile, reducing the average wages in spite of raising the minimum wage when Allende was in power.
In 1973, leaders of the army staged a coup. Military leader, Augusto Pinochet was established as the leader of Chile. Allende opted to commit suicide rather than negotiate. It is not clear if the American government had any direct role in the coup, but the military leadership could not have survived without American support.
Pinochet’s Chile aggressively undid Allende’s reforms and pushed Chile to an unregulated market system, in the spirit of the Chicago school of economics. National industries were privatized. Trade Unions and progressive movements were violently suppressed, through torture and massacres. One of the most fascist acts was the conversion of the Estadio Nacional (National Stadium) in Santiago, Chile’s capital, to a prison camp where thousands were detained, tortured and executed for supporting Allende.
While criticizing the regime internationally, America supported the changes economically, alleviating many of the ill effects of privatization. Chile controlled inflation and stabilized wages, though inequality and development in the hinterlands suffered. This came at a cost as IMF debt which rose to the point of crisis, leading to the downfall of Pinochet. In 1980, Pinochet agreed to devolve power, by establishing a new constitution of Chile, which would be the governing framework of the country.

The Chilean Constitution and the Campaign for “NO”

The constitution was primarily drafted by supporters of Pinochet. It gave the military a lot of power. It kept laws restricting organizing in ways that were considered a threat to the country and kept a number of checks on representative institutions. The constitution was ratified by a controversial plebiscite, which was criticized for excessive military oversight.
As Pinochet devolved his power, the political leadership of Chile gradually shifted a group of center-left parties, who opposed the plebiscite, began to share power under the banner of the Concertación por el No, or Concertación (Campaign for the No, or Campaign).

They campaigned for the constitution to be voted “No” in the plebiscite. The Concertación defeated Pinochet in 1989 and remained the dominant electoral formation until 2010.
The Concertación amended the constitution many times, but the basic Neo-liberal/military structure remained. This led to extreme inequality where people would struggle to make basic ends meet. As a result, issues like food prices, education costs, transport and healthcare costs were issues that rang with the people.

In 2006, the famous Penguin revolution broke out, when up to 8 lakh students began a national strike, demanding free bus travel for students, reduction of fees, waiving of entrance tests, nationalizing education and universal quality education. A lot of focus was on abolishing the Organic Constitutional Act of Teaching, which made the state a regulatory body in education, rather than a provider. The Act was something that the Concertación opposed. The strike began with Secondary School students and was called the Penguin revolution on account of their school uniforms. It then spread to universities.

The protests were largely peaceful, though in one instance when 2000 students marched through Santiago, there was a confrontation with the police. Some students threw rocks at the police, and the police firing tear gas and water cannons at the students. The strikes were considered successful, and many of the demands were met, though with strong resistance.
Education became a focal point in protesting the state. In 2008, more protests followed. This time, the protests were more effectively contained, but this led to the Concertación losing the elections in 2010.

In 2011, the Chilean Winter protests erupted. Again, the protests focused on education funding and were mostly by the school and university students. This time, the protests included more spectacles, with Flash Mobs, banging of pots and pans, pictures of students kissing at demonstrations circulating. Internationally, pictures of the protests spread on social media. The protests consolidated the leadership of school students, university students, and indigenous student leadership. Agitations continued for years. Regional protests began to gain momentum on other issues, such as gas prices, healthcare, minimum wages, and the rights of the fishing community. They died down with the return of the Concertación to power. The Concertación promised to end the for-profit education system and made a series of proposals, which were rejected by the Chile constitutional court.
The Concertación lost the 2018 election. Two factors in their loss this time was the term limits on the popular Michelle Bachelet (who was in power for two non-consecutive terms by this point), and infighting within the coalition. Pro-business Sebastián Piñera won his second non-consecutive term in 2018.

In October 2019, a group of students in Santiago protested a hike in the metro fare shouting the slogan ¡Evade! (evade!) where they would use the bus without paying. After confrontations with the police, the protests became more militant. The protest escalated to the point where students began to take over 80 metro stations. Police response began to involve tear gas and water cannons, and the protests began to inspire many others across the country within a few weeks. The state responded by declaring an emergency, but the protests only grew in strength.
The protests began to hit at the root of the education problem. The constitution of Chile had to be changed. The protesters demanded that the Piñera resign and that Chile adopts a new democratic constitution.

So far, the government has agreed to hold a referendum in April but many also fear that the repression might increase.

Karnataka: iPhone plant in Kolar set on fire by employees over...

From “Crazy Kangana” to “Kshatriya Leader”: How Feminist & Anti-Elitist Politics... 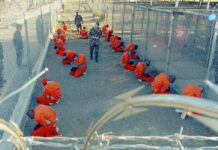