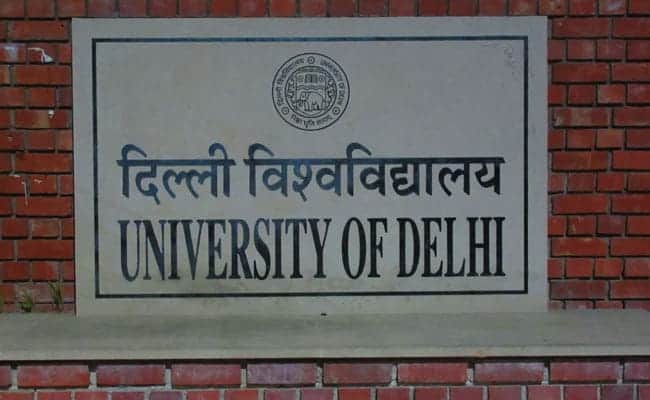 Following the decision, on Wednesday, 15 members of the Academic Council submitted a dissent note against the move, alleging “maximum vandalism” in the curriculum, The Indian Express reported.

After the Academic Council order, early writings of Soosairaj and Sukirtharani were replaced with those of “upper caste writer Ramabai” from English Department syllabus.

The department also removed the celebrated short story of renowned author Mahasweta Devi, Draupadi – a story about a tribal woman – without giving any academic logic,” the dissent note of DU read.

“I don’t believe in casteism…I do not look at Indians as belonging to different castes,”  The Indian Express quoted Oversight Committee Chairman MK Pandit adding that he was not aware of the caste of authors whose works have been removed.

“Moreover the Committee refused to accept any short story by Mahasweta Devi despite her iconic status globally as a writer and being a winner of the Sahitya Akademi Award, Jnanpith Award and Padma Vibhushan from the Government of India,” they said, The Indian Express.

Discussing the recent changes in the syllabus of DU, Pandit said that there had been a revision in the course structure after a “certain story” was being taught for many years. He added that not just one, but many other authors “deserve to be taught”, Scroll reported.

However, “The Oversight Committee has always shown a prejudice against the representation of Dalits, tribals, women and sexual minorities as evident in its concerted efforts to remove all such voices from the syllabus… It is important to note that the Oversight Committee does not have any member from the Dalit or the Tribal community who can possibly bring in some sensitivity to the issue,” the dissenting members of DU wrote.

Also read: Books on Yogi, Ramdev and Jaggi Vasudev to be taught in Meerut University

Tribute to A. K. Subbaiah: Social Advocate and Firebrand Politician