Additional Chief Metropolitan Magistrate Pawan Kumar also asked the CBI to file a compliance report in relation to the case.

Patel had approached the Court after he was stopped at the Bengaluru airport from boarding a flight to the United States where he was slated to deliver a lecture.

Patel, according to his plea, was stopped from boarding a British Airways flight, scheduled to depart at around 6.50 am on Wednesday. He was told about a LOC being issued against him by the CBI, specifically the investigating officer.

“The applicant suffered the value of his tickets and his immediate program as well on account of the arbitrary and absolute illegal actions on part of the investigating authorities,” Patel’s plea said.

Earlier today, the CBI had informed the Court that the LOC was issued against the petitioner since he was an influential person and there was a chance of him fleeing from justice.

The case pertains to evasion of Foreign Contribution Regulation Rules (FCRA Rules) through “commercial” methods after Amnesty UK, remitted ₹10 crore and subsequently ₹26 crore to its India entities without the approval of the Ministry of Home Affairs (MHA).

The Court was also informed by the Central Bureau of Investigation (CBI) that the request for opening of the LOC was sent the Ministry of Home Affairs on December 31.

The central agency’s response to Patel’s plea alleged that he was the key person in the company holding negotiations with M/s Amnesty, UK and was looking after the day-to-day affairs of the company.

“Accused being an influential person who is well connected outside India, there was a possibility of him leaving the country to evade prosecution. Accordingly, it was decided by the CBI open a Look Out Circular against the accused Aakar Patel to thwart any attempt, if any, by him to escape the process of law and to prevent him from leaving India,” the reply added.

The Court, however, pondered that had the petitioner been a flight risk, he could have been arrested, or the CBI could have taken surety during the investigation.

“I want to know the detailed reasons (for the LOC),” said the Magistrate during the hearing on Thursday morning.

The CBI however remarked in response, “We don’t have to give detailed reasons. There is a performa we give.”

“Pre-formatted performa basis doesn’t work. The pre formatted passport no, photo, etc, what is the worthy material with investigating officer (IO) that Aakar Patel falls in an exceptional case?”

The petitioner took the Court through the reply filed by the CBI and submitted that opening the LOC was in blatant violation of the Sumer Singh Salkan v Asst. Director case.
“Citizens rights can’t be railroaded like this. It is time that we send a suitable reply to the law enforcement agencies and society,” Mir submitted.

Further, he argued that the IO committed a blatant violation of court, procedure, ethics, morality and legal obligation as a public officer and a police officer when he opened the LOC.

He stated that the IO committed two egregious errors, he filed chargesheet without seeking sanction and also violated his own CBI manual.

Mir argued that there were precedents of the higher courts dealing with people’s right to travel abroad and the action of the CBI was in violation of those. He also informed the Court that a charge sheet had been filed in the case and Patel was no longer required for the investigation.

EU to Give Ukraine $500 Million Worth of Weapons 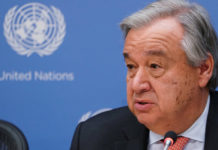