Amidst the pan India protests against the controversial CAA and NRC, the central government has buckled up to pass a serpentine Data Protection Bill during the winter session of the Parliament. Notably, the Bill was introduced on the backdrop of the landmark verdict in the Puttaswamy v Union of India Case which recognized privacy as a fundamental right under the gambit of Article 21. Followingly, the government appointed a committee to provide recommendations to establish an impermeable data protection regime and to safeguard the data of the fellow citizens.

Data is the New Oil

Interestingly, the possibilities of personal data and the window of opportunity it opens towards the commercial and political ventures have been evident from the revelations of various whistleblowers. Christopher Wylie and Edward Snowden have astonished the world by unraveling the clandestine activities of various entities using the personal data of people siphoned from popular websites.

As many experts have pointed out, this bill would be the penultimate step towards the establishment of an Orwellian State.

The books ‘Mindf*ck’ and ‘Permanent Records’ would provide a thorough understanding of what could be done with such information. Such data could be used in multifarious sectors, from the manipulation of elections to managing consumer behavior. As a matter of fact, the Economist magazine has entitled four companies (Facebook, Apple, Netflix, Google) as the pillars of the US stock market and all these four companies utilize data to understand consumer behavior and rearrange their selling pattern accordingly. Big data analytics and Artificial Intelligence bolster their efforts to behave more consumer-friendly. Moreover, data analytics have encroached from all walks of life. The spurious involvement of Cambridge Analytica in the US Presidential elections, as well as its association with Indian political parties, manifest the importance of personal information or data in determining the political course of a nation. Unsurprisingly, the richest man in the country and the trailblazer in the Indian internet ecosystem, Mukesh Ambani had made the statement “data is the new oil”.

Even Though the nuance bill in data protection has introduced optimistic clauses of consent, purpose limitation, storage limitation, and data minimization as well as lay down obligations on agencies collecting personal data (data fiduciary) along with the establishment of Data Protection Authority of India(DPAI), it has motley wedges in its formation.  Under the new narrative of security interlinked with technology, it is rendering unrestrictive rights for the government to encroach into the private space of an individual. The bill empowers the central government, in Section 35, to allow any government agency to bypass all the private data protection under the circumstances of (a) in the interest of the sovereignty and integrity of India, the security of the State, friendly relations with foreign states or public order and (b) for preventing any cognizable offense relating to the above (a). Notably, the bill has also watered down the strict recommendations of the Srikrishna Committee on data localization as well.

Strikingly, the controversies related to the spyware Pegasus which keeps the government at the suspect list should be read in light of this bill.  This bill can be considered as the digital version of the much controversial Post Office Bill which was introduced during the Rajiv Gandhi tenure. Security is the magical word used by autocratic regimes as an excuse which intends to invade the private life of citizens and to exert absolute control over them. The digital clock tower soon to be erected by the government would generate the feeling of the panopticon for the people. Being watched all the time, being observed everywhere would certainly instill unnecessary fear and anxiety and it could distort the normal life and thought process of the people. As many experts have pointed out, this bill would be the penultimate step towards the establishment of an Orwellian State. 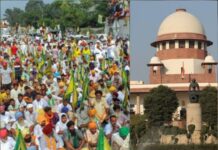 The Trial of Chicago 7 or the ‘trial of Bhima Koregaon and North-East Delhi Riots’? 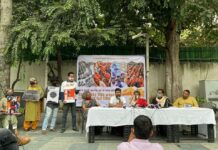 Over 50% of elected lawmakers are women in Bolivia 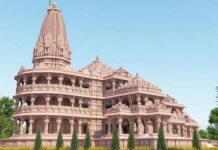