To support Vietnam in its struggle against the recent virus spread most of which is being attributed to the latest Delta variant, Cuba will supply large quantities of its home-grown COVID-19 vaccine, Abdala, to Vietnam and also transfer the production technology by the end of the year, the Vietnamese health ministry said on Tuesday.

As countries such as the UK, US, and India with large economies struggled against the COVID19 pandemic, Southeast Asian country Vietnam managed to keep the deadly spread of the virus in control.

However, the nation has been struggling to control its worst outbreak to date, with a spike in infections and deaths ramping up pressure on authorities to speed up vaccinations, Reuters reported.

Miguel Diaz-Canel, the President of Cuba and also the leader of the Communist Party of Cuba, told his Vietnamese counterpart Nguyen Xuan Phuc that the nation will supply a large quantity of Abdala COVID-19 vaccines to Vietnam until the end of this year.

Read More: How Vietnam, a Socialist Country handled the Second wave of COVID-19?

Cuba has said its three-shot Abdala vaccine was 92.28% effective against the coronavirus in last-stage clinical trials in June.

During a conversation between the leaders Nguyen Xuan Phuc and Miguel Díaz-Canel, the Cuban president thanked his counterpart for the 12,000 tons of Vietnamese rice the Asian country sent to help Cuba tackle the COVID-19 pandemic.

Vietnam’s largest Ho Chi Minh city has emerged as an epicenter of the Delta variant, triggering the deployment of soldiers on streets to halt the movement of people in order to stem the spread of the infection.

Earlier this week, China under the leadership of the Communist Party of China had sent 150 oxygen concentrators to Cuba, to support the island nation’s fight against the Covid-19 pandemic in the country in the face of an intense economic blockage by the US.

This is the second aid batch from China that Cuba has received in less than a month, after the 30 lung ventilators sent at the end of July.

150 Oxygen concentrators donated by #China 🇨🇳will arrive soon in Cuba. China stands with Cuba in the fight against the #Covid19 pandemic and protecting people's life. pic.twitter.com/gAc4atEjDJ

It must be noted that Cuba has a glorious history of assisting countries with medical professionals and other experts in times of epidemics and natural disasters as an extension of its revolutionary duty.

On 23rd March 2020, it deployed a team of doctors and nurses to Italy, to aid health care professionals with the COVID-19 outbreak. They were sent to Italy’s worst-affected region, Lombardy. It was the eighth international aid mission that Cuba has done in an effort to provide to aid regions affected by epidemics and natural disasters.

Read more: How Cuba is saving the world during COVID-19 pandemic?

Mohammed Zubair of AltNews Hounded by Frivolous FIR under POCSO 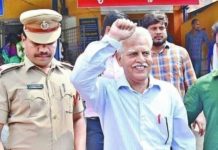 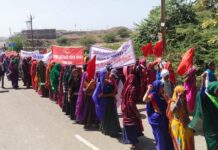 Farmers Leader, “There are several Indias in one India. BJP doesn’t...

May day will be celebrated as Majdoor Kisan Ekta Diwas :...