COVID-19 pandemic has affected the working class in more ways than one. On 9th July over 15 labour organisations, train union federations across India held a webinar and discussed various issues related to labour and how the same has been aggravated by the Covid-19 pandemic outbreak, the future of the economy and its possible impact on employment opportunities for the toiling masses of the country.

Labour organisations from various states are part of the umbrella platform- Mazdoor Adhikar Sangharsh Abhiyan (MASA). The members of the respective state organisations gave a report of how the pandemic affected the working class.

Somnath who works with workers from Punjab and Haryana discussed how the pandemic devastated the three major sectors that working-class engaged in namely agriculture, industries, and MGNREGA.

Police excesses and assualts on the labourers had violated their dignity. The funds allocated for the workers’ welfare remain unspent. In the state, MGNERGA was not implemented as per rules and the claim of the government to rise in funds for the same is just a trick to fool the people.

Senior activist Venkateshwar Rao from Telangana spoke about the history of coal mining in India and argued that the movement had for long struggled to get the coal mining nationalized. However, in recent years, governments had attempted to privatize the industry. The most recent attempt in this direction is BJP’s unidirectional decision to auction 41 coal blocks was also discussed.

Amrish Patel from Gujarat detailed about the dilution of labour laws by both the Union Government and the State Governments. He pointed out that there has been a constant attack on two very important ideas of minimum wages and the same pay for the same work and how these changes have shifted the burden of the economic and Covid-19 crisis on the working classes.

Mallige from Karnataka Shramika Shakthi (KSS) spoke about workers’ struggles in the time of the pandemic.According to the survey conducted by the organisation around 82.3% of around 1800 workers surveyed by the first week of June had informed that they neither had the ration to sustain themselves for a month nor the money to buy the same.  44.3% of the respondents did not receive any assistance from either the central, state, or local governments apart from 10 Kgs of Rice that they received from the PDS.

92.97% of the workers were deprived of medical and nutritional provisions (for Corona and other non-corona ailments) including nutritious food for pregnant women that had to be provided to them. Also, 94.5% of respondents had opined that neither did people’s representatives not officials have listened to their issues.

Mukul informed about the apathy of the management of Bajaj Auto Industrial Plant at Waluj in Aurangabad. Death of at least 6 workers due to Coronavirus was reported in this case.  However, management responded that people had to learn to live with Corona and did not heed to the demand of the workers to halt the functioning of the plant for a few weeks. The orders of the government to work on 30 or 50% of the total strength and to pay wages and salaries for the workers only stayed on papers and was not followed in most other places.

Siddhanth from Patna noted the need for the workers’ movements to adapt to newer forms of struggles in the times of the pandemic, especially to make the best use of the internet and social media. He opined that it was important to stay relevant on the internet but also take ahead grass-roots level activism while adopting safety measures to be not affected by Corona. For this, building up the next line of leadership in these movements held the key. He also added that fighting out fascism was at the core of the fight of fighting for the rights of workers.

Ashok from Bihar spoke about the migrant workers’ issue post the lockdown period. He noted instances wherein managers and employers lured the workers back to work by assuring higher wages and better facilities so that they would get back at the earliest after they had gone back to their native places in times of lockdown. However, when the migrants got back to work, they were not provided any protective equipment, facilities nor were they provided with wages properly. He noted that Bihar had failed to provide workers with MGNREGA work and job cards to workers who had migrated back to the state.

Amitava from West Bengal spoke of the workers’ experiences during the time when the state was challenged not just by the outbreak of Coronavirus but also was hit largely by the Amphan cyclone. Amphan devastated both lives and livelihoods of workers in the unorganized sector especially living in the slum areas in cities and rural areas, coastal and Sundarban areas which have left them vulnerable to be infected by Corona and other ailments.

Sinha of All India Worker’s Council, speaking from Lucknow, Uttar Pradesh noted that the state had recorded one of the worst living and livelihood conditions for the working classes especially of the unorganized workers. Corona adding to the high rate of unemployment had made sure that not even basic human rights are guaranteed to the people. People’s movements that had aroused because of such inhumane conditions of livings are actively suppressed by the regime, he noted amongst other things.

Call for a Month-Long Campaign

All the labour organisations agreed that the Corona pandemic times is being effectively used by the governments to push anti-people policies. To draw attention to these issues and to organise the labourers, the Mazdoor Adhikar Sangharsh Abhiyan(MASA) declared the commencement of the month-long ‘Mazdoor Sangharsh Abhiyan’ or ‘Workers’ Struggle Campaign’ that would culminate on 9th August 2020 with the spirited ‘All India Protest Day’. Throughout the month, the constituent organizations would conduct campaign programs among the workers and common masses.

You can watch the Online Convention by clicking here

Read About: Calls by Thol Thirumavalavan and Martin Macwan for #ManuMustFall movement 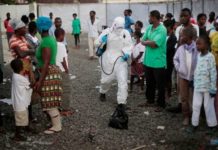