On Friday, a full bench of the Uttarakhand High Court reiterated that women who were contractual workers cannot be denied maternity leave or child-care leave (CCL) by an employer only due to their status of not being a regular employee. In this case of Tanuja Tolia v. State of Uttarakhand, a woman who was working on a contractual basis with the government health service in Uttarakhand had been denied CCL, which is available to regular employees. The Court added that, “ideally speaking a child care leave can be given to both the parents, father as well as mother, as the actual ‘beneficiary’ here” is the child.

In 2015, a Division bench of the same High Court had held that contractual workers were entitled to CCL for 730 days; the period specified for regular employees in a 2011 Government Order. However, the full bench of the Court has now modified this earlier judgment, stating that it is “a contradiction in terms to suggest that a contractual employee, whose employment itself is for a period of 12 months, should be given 730 days child care leave”. Therefore, it has held that for contractual workers whose entire employment term is for one year, such employees shall be entitled to CCL for 31 days.

The bench stated; “Such an employee can be granted paid child care leave for 31 days, on the same terms and principles as “earned leave”, as is given to other employees in G.O. dated 30.05.2011.”

The Uttarakhand High Court stated that; “CCL is primarily for the benefit of a child. A child whose mother happens to be employed on a contractual basis with the Government, has the same needs as any other child. A denial of CCL to a government contractual employee would in effect mean a denial of the rights of a child. Rights which a child would have under Articles 14 and 21 of the Constitution of India”.

The Court went on to stress that, “normally child care leave should not be denied.
It could only be denied by the employer on very pressing valid and plausible reasons, which must be specifically stated, when such a request for child care leave is being
denied.”

Sedition charges to be dropped against the celebs who wrote open... 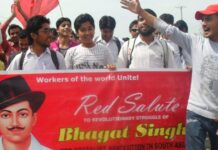