This is a series on people who have been declared “Stateless” or “Non-Citizen” by the countries that they inhabit.

Bidoon Jinsiya is an expression in Arabic that means “without nationality.” The expression is a lie, as most people who are Bidoon Jinsiya are Kuwaiti, but they were deprived of citizenship in Kuwait. Citizenship means belonging to a political community, which is a prerequisite for freedom. The world is full of people who have been deprived of citizenship and the rights that come from citizenship. There are many cases where people have lost their democratic claims on the state because of war or a political crisis. The story of Bidoon Jinsiya is one example. They may have a nationality, but they are stateless people.

On 28 January, the Kuwait courts sentence three protesters to 10 years to life jail sentences for their peaceful demonstration for the rights of stateless people in Kuwait. Last year, Kuwait came across controversy when Ayed Hamad Medath, a stateless person, committed suicide after being denied proper documentation. His death led to a demonstration by 15 stateless people last year, who said that Kuwait’s mismanagement of stateless people has led to violence and discrimination against Kuwaitis who have been denied recognition in their homeland.

The Kuwait government insisted that a lakh people live in Kuwait as stateless, or as Bidoon. They also insist that most of them are refugees from other countries. Bidoon activists insist that 2-3 lakh stateless people live in Kuwait and most are Kuwaitis who never received citizenship since independence. The Kuwait government still has not taken proper steps to naturalize those who they have deemed as eligible for citizenship.

How Bidoons came to be?

Kuwait had a strategic location in the Persian Gulf. When it was controlled by the Ottoman Empire, it retained political autonomy. The rulers made a deal with the British to keep it as a protectorate in 1899. After World War II, Kuwait became one of the largest oil exporters in the world and attracted labour from many parts of the world, including India. The elite in Kuwait ended the country’s protectorate status when Kuwait became independent in 1961.
The young independent country had two challenges. To establish itself as a republic, it needed to create a list of citizens. It also needed to build an independent army and police force.

The nationality law, which determined who was eligible for citizenship, favoured urban residents and people connected to influential communities. Many Kuwaitis were excluded from citizenship. Many people missed registration due to lack of awareness, living in remote areas, illiteracy or lack of proper documentation. This group became called the Bidoon jinsiya (Arabic for ‘without nationality’) or just Bidoon (‘without’).

Kuwaiti citizens did not enrol for the police or the military. The state ended up recruiting foreign nationals. To avoid the controversy of hiring a mercenary army, the Kuwait government classified this population as stateless. Many of these people were from Iraq, and there has been an association of Bidoon people with Iraq. For a long time, a majority of the Kuwaiti armed forces were classified as Bidoon.

In the first two decades after Kuwait’s independence, people who were Bidoon enjoyed many freedoms. They still had access to employment, public education, and free healthcare, just as Kuwaiti citizens did. They could register marriages and receive other forms of identification. They did not have the right to vote, or hold protests. Those rights were only for Kuwaiti citizens. Being naturalized as a citizen did not immediately grant these rights. A person who is naturalized as a Kuwaiti citizen has to wait 30 years before they are allowed to vote.

In the 1980s, the Kuwaiti state began to take away many of the rights of Bidoons. Conflict in the Middle East, coming from the Iranian revolution and the Iran-Iraq war, meant that many refugees came to Kuwait. Stories of Iraqis escaping to Kuwait to avoid military conscription and other forms of persecution led to the state viewing all Bidoons with suspicion. In 1986, the government changed the status of Bidoon to “illegal residents.” As illegal residents, they lost many of their rights. Illegal residents were excluded from free education, housing and healthcare. Many were fired from their jobs. The government began to apply the Alien Residence Law on the Bidoon. People who had lived in Kuwait for generations were suddenly treated like foreigners. Many Bidoon were reportedly expelled.

In 1988, an appeal court ruled that as no other state considered them nationals, they could not be considered ‘aliens’ under the Alien Residence Law. The government ignored this continued to deport Bidoons. Through the 1980s, the law on naturalization was amended making it more difficult.

In 1990, when Iraq invaded Kuwait, Bidoons became easy scapegoats. Some members of the Kuwait army were captured and made to fight for Iraq. Since the Iraq army entered Kuwait, everyone who was stateless was then stigmatized as a traitor to the country. Military trials against Bidoon and large-scale discharge from the army began after the withdrawal of Iraq from Kuwait. Many who fled during the invasion were not allowed to return. Many who remained faced charges. To stay, many Bidoon had to claim to have foreign nationality to remain in Kuwait under work visas.

In 2000, the Kuwait government reviewed the position of Bidoons, promising to change their status. The state promised that at least 2,000 people would be naturalized each year, though that promise was not kept.

Bidoon in the Arab Spring

In 2011, when the Arab Spring spread to Kuwait, it was the Bidoons who led the charge. Not having citizenship, they faced the threat of detention and exile. The protests began when the state promised to given Dinars 1000 and a food grant to every citizen of Kuwait. Dozens of Bidoons from the Kuwait city slums protested this as they have not been naturalized. The protests grew, and within a year, thousands to tens of thousands joined the protests. The protests moved beyond the issue of statelessness, but as a result, the state agreed to instate 11 privileges to Bidoons, including registration of birth, death and marriages, access to public healthcare and education, and a promise of recognition by the state by the issuing of Bidoon cards.

Registration of Bidoons has happened at a very slow pace. The Kuwaiti state insists that most Bidoon people are foreign nationals. As a result, many Bidoons are forced to keep applying for work visas and have been denied rights in their own country.

Recently, there has been a fear that the NRC exercise would lead to a large-scale disenfranchisement in India. At this time, it is important to look at how other countries have dealt with similar issues. Though the histories are very different, Kuwait and the struggles of its Bidoon population are a tale of caution. Kuwait is still haunted by its citizenship registration, and those problems have only gotten worse over time.

Golwalkar, a “great thinker”? : RSS Archives Have an Answer (PART...

Trade Union Leaders Detained in Delhi in the Day of Chakka... 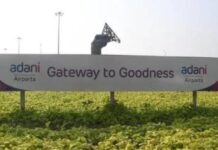