Many think that lockdown has brought unspeakable misery to the life of the migrant workers. That is not true. The poor and oppressed were always in a precarious existence on the margins of society. Lockdown has only exposed the festering wound that was long invisible to our eyes.

The plight of two Adivasi women migrant workers from Jharkhand in Bengaluru further exposes the precariousness and vulnerability that migrant workers in general and women workers in particular face. The two women hail from the Dumka district in Jharkhand. They were working in an incense factory called Bharat Chemical Products in Kumbalgudu Police Station limits in the outskirts of Bengaluru. Each woman has a child, one aged 5 and the other 8, who has also been living with them.

A chance encounter with a construction worker, Nicolas, who hails from the same district as the two women, at Kumbalgudu Police Station on May 5th brought their excessive exploitation to light. The women and Nicolas had gone to the same police station on May 5th to register to return home to Jharkhand.

The women know Santhali language and are not able to converse in any other language. On finding someone who could understand their language, they told Nicolas what they had undergone in the last 6-7 months.

Nicholas was horrified to hear their story and reached out to friends in his district and some aspects of the issue then came to light through a Tweet by Alok Sharma of Jharkhand. The matter was then picked up by Stranded Workers Action Network (SWAN) and Migrant Workers Helpline of Karnataka Janashakti.

According to their account, the women were trafficked from Jharkhand to Bengaluru via Delhi in September- October 2019. They were taken straight to the incense factory from the Bengaluru railway station. They were promised Rs 9,000 and Rs 7,000 respectively as monthly wages. However, from October 2019 till they escaped the factory in March 2020, they were only paid Rs 200 per week and were provided food two times a day. Their salaries have still not been paid.

The factory employed hundreds of workers and the workers were huddled and made to sleep in a cramped room. These two women were made to work 15 hours a day on a regular basis and were forced to work despite being sick on occasions. They were confined in the factory and not allowed to go out even to buy basic essentials like soap and oil. They tried to escape the factory in early January 2020 but through a network of links with various contractors, the factory Supervisor, Sanjeev, using the company owner’s vehicle tracked the two women down at the Bangalore railway station and forced them to return to the factory.

Upon being brought back to the factory, they were brutally beaten up in the factory by Sanjeev who issued life threats and threats of rape. The Aadhaar card and phone of one of the women were snatched away by Sanjeev. Subsequently, two other men known as Sanjay and Kiran in the factory, under tacit sanctions from Sanjeev, took turns to rape one of the two women. She was raped two times on the premises of the factory. Sanjeev supposedly left the factory site in March and went off to Bihar. The two rape accused have been identified by the complainant and are in judicial custody. According to the two women, the factory owner remained silent about these atrocities. The two women successfully escaped from the factory sometime in mid-March.

Through the lockdown period, in fear of getting caught by the factory contractors again, they were hiding in a bushy forest in Kumbalgodu. The had only 500Rs with them and they were living on one meal a day along with two children for almost four weeks.

They had no choice but to beg and scrounge for food. During this time, Ali Asgar, a contractor offered them food and shelter. They agreed. While food and shelter were provided, he started to make sexual advances to one of them. At this point, they reached out to Nicolas, whom they had met on May 5th. And the matter came to light.

Since then two FIRs have been registered in Kumbalagudu Police Station and Kengeri Police Station. No FIRs have so far been filed against the company owner, Devendran. The police in both stations have been helpful in dealing with this case with urgency. The Department of Social Welfare has acted promptly and has paid compensation to the rape survivor.

This particularly grave case involving multiple crimes such as human trafficking illegal confinement, bonded labour, and rape brings to light the severe lack of women’s safety at the workplace. This is another grim reminder of exploitation by some private companies who remain unaccountable to the government and the people.

On its part, the exploitation is happening under the aegis of the government so this calls into question government accountability as well. Further, the administrative procedures to even file FIRs and seek compensation are inaccessible and opaque to the poor. This makes it near impossible for the poor, without civil society mediation, to have a stake at the justice system.

Migrant workers in cities, especially women, work in extremely exploitative conditions even in normal times. But added to this has been the spate of deaths of migrant workers in road accidents, exhaustion due to walking long distances, dehydration, hunger, and police brutality that continue unabated due to the lockdown. Despite these deplorable incidents the continued silence of the Prime Minister, the Home Minister, and the ruling dispensation concerning the utter indignity towards the migrant workers highlights their apathy towards the poor.

The tragic saga of these two Adivasi women also highlights that women’s safety at the workplace, especially the safety and dignity of women in the unorganised sector, was never spared a thought by the Prime Minister before the announcement of a unilateral lockdown. At a time when some ministers want to dilute labour laws, this case, horrifically so, underscores the need for stronger social security measures, stronger safety measures for all workers and women in particular. 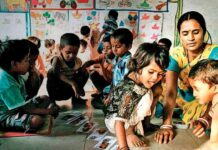 Criminal Contempt: Should It Be Unconstitutional?

Why are doctors opposed to the NMC bill?

Corona Crisis & the Workers’ Movement- The labour report during the...