O’Farrell met with RSS Chief Mohan Bhagwat when he visited their headquarters in Nagpur, Maharashtra on November 15th. He praised the RSS’ COVID-19 relief work. O’Farrell has been heavily criticized by Australian citizens who called for his resignation.

Former politician Barry O’Farrell was appointed as the high commissioner to India in May 2020. After his visit, O’Farrell tweeted:

The @RSSorg has been actively supporting the community during #COVID19. I met with Sarsanghchalak Dr Mohan Bhagwat who shared the relief measures the organisation has adopted across 🇮🇳 during these challenging times. pic.twitter.com/2LhniF2ven

Even in the past, O’Farell had showered praise on the BJP, the political wing of RSS and Narendra Modi. Shortly after being appointed as the high commissioner, he stated that Modi is one of the most “impressive” world leaders.  And he maintained close relations with different sections of the RSS, having met with BJP’s youth leader, Tejasvi Surya.

Though Australia and India already have strategic ties, O’Farell has been pushing for stronger ties between India and Australia. During the border dispute between India and China, he became partisan, expressly rejecting China’s “historic claim” to the area, and stated that Beijing should not disrupt the existing status quo of the region.

“Your Prime Minister is almost superhuman. In addition to managing a pandemic in the world's second largest country, he also finds time every day to reach out to world leaders. That is truly impressive!”

After his meeting with RSS Chief Mohan Bhagwat, Barry O’Farrell praised the RSS for the work that they have done during COVID times. This blatantly decontextualizes the RSS’ “sewa” work from their grassroots anti-muslim mobilization work. It is true that since COVID outbreak, the RSS put Shakha activities on the ground on hold and redirected its machinery towards outreach and relief work, such as providing food packets and work to migrant workers. However, this kind of “sewa” is part of the RSS’ method of subsuming vulnerable and marginalized Bahujan populations into their fold to achieve a “Hindu Rahstra”. The RSS has historically mobilized such populations against Muslims, as early as the attack on Babri Masjid.

Moreover, while they did provide relief, the RSS was also instrumental in spreading falsehoods regarding COVID-19 as part of their Brahmanical propaganda. The RSS distributed free Giloy saplings in Uttarkhand to apparently strengthen immunity against COVID-19 based on the recommendations of Ayurvedic practitioners. Many BJP MLAs also claimed that cow dung and urine can be used against COVID-19. This encouraged many Hindu organizations to hold events where they did not wear masks, sanitize or maintain physical distance, but bathed in cow dung and drank cow urine to “combat COVID-19.” One BJP legislature in Assam even stated in the House:

“The government is researching on cow dung and cow urine. The smoke from burnt cow dung has the power to destroy viruses. I believe cow dung can help fight the deadly coronavirus too,”

“There are scientific reasons why cow dung and cow urine are used in Hindu rituals. Some hospitals in Gujarat treat their patients with Ayurvedic medicines. The patients there are kept alongside cows and given ‘Panchamrit’ prepared from cow urine and cow dung,”

This praise also ignores the BJP’s role- as the ruling Government- in creating conditions which marginalized these populations, particularly during COVD-19. Many media platforms and BJP leaders communalized the Tablighi Jamaat incident and demonized Muslims as spreading COVID-19. However, the Union Government has continuously denied this and refused to take action.

Is a poor person's life just an accident?

A #thread documenting migrants' journey home that turned to hell due to apathy and incompetence.

1. 16 migrants out of 20 killed after a cargo train ran over them while they were sleeping on the tracks in Aurangabad on 8th May. pic.twitter.com/aojNk4VMf7

The Government’s lockdowns were also extremely unplanned and led to the mass exodus of migrant workers, who were left with no work or means to go back home. These workers were treated inhumanely by state forces. During COVID-19, the Government also pushed forward anti-farmer and anti-worker policies. Glaringly, they also stated in the monsoon session of the parliament that there was no data on migrant worker’s deaths, and therefore couldn’t provide compensation, despite many databases created by independent organizations.

Related: “No Data on Deaths of Migrant Workers, Cannot Give Compensation”: Labour Ministry

Most recently, the BJP also dangerously made COVID-19 vaccines into an electoral matter and stated that they will distribute it for free in Bihar if they were to win the elections. This raised many concerns as it did not provide clarity on whether states have to buy their own vaccines, whether it will be provided to other BJP ruled or non-ruled states, as well as raised the question of why those more susceptible to or threatened by COVID-19, such as senior citizens, homeless people, slum residents, immunocompromised citizens or frontline workers aren’t being prioritized.

Barry O’Farrell was heavily criticized by Australian citizens, particularly minorities. Many pointed out that the RSS was inspired by the German Nazis and praised Hitler. They condemned the RSS’s continued role in mobilising sections of society and instigating violence, including lynchings and pogroms. One petitioner called for Barry O’Farrell’s resignation, writing:

O’Farrell’s visit appeared to clearly condone the RSS and, by extension, its radical Hindu nationalist ideology. As Australia’s representative in India, his visit is deeply concerning in context of RSS’s heavily documented ideological and institutional inspiration by European fascist movements like those of Hitler’s Germany and Mussolini’s Italy. Further, his presence was a grave insult to the memories of the tens of thousands of Indian minorities murdered by RSS and its affiliates.

The RSS has been repeatedly accused of instigating violence. It has been banned three times, the first time following the assassination of M.K. Gandhi by a former RSS member. In 2018, the Central Intelligence Agency listed RSS subsidiaries like the Vishwa Hindu Parishad and Bajrang Dal as “religious militant organizations.”

In the past few years, the RSS has been looking to strengthen ties between them and other countries by inviting diplomats. Most controversially, Germany’s Ambassador’s visit to the headquarters,meeting with Mohan Bhagwat and praise for the RSS shocked many as Germany has continuously made efforts against Nazism since the Second World War. 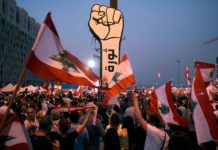 “We don’t need your teargas to cry” – the dissenting pangs... 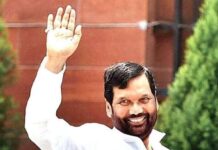