In a desperate move to acquire votes, the BJP is now promising free COVID-19 vaccines for all in Bihar as part of its election manifesto.

On Thursday, the BJP announced that it will give free vaccines to “residents of Bihar” if they win. Opposition parties and other critics considered this “appalling” as it makes the shared fight against Covid into a poll agenda.

The NDA government in Bihar has set an example in the fight against Corona. It is our promise that that when a vaccine for Covid is available after clearance from ICMR, every Bihar resident will be given free vaccination

The BJP defended its announcement, stating its a pledge on a public health issue. Bhupender Yadav told the Indian Express, “How to fight against the pandemic is our pledge to the people of Bihar. We are not saying it’s only for the people who vote for us. It’s for everyone in Bihar. We will see that every citizen in Bihar gets it free of cost.”

The future of State Elections

The announcement of free vaccines came as a surprise. COVID-19 management, which so far has been framed by cooperative is now being reframed into competitive federalism. While the Centre has been urging States and regional parties to work alongside the BJP in managing COVID, now it is weaponising the same against them.

The BJP Government defended its decision with Amit Malviya stating:

BJP’s manifesto promises free Covid vaccine. Like all programs, center will provide vaccines to states at a nominal rate. It is for the state Govts to decide if they want to give it free or otherwise. Health being a state subject, Bihar BJP has decided to give it free. Simple.

However, it is not so “simple”. Since the BJP’s announcement the Chief Ministers of Tamil Nadu and Madhya Pradesh followed suit.

This also brings to question how involved the centre will be going forward in controlling the pandemic. When the vaccine is deemed safe by scientists, will the States have to buy it on their own? Will the Centre buy and distribute the vaccine, but prioritise the States where they are ruling? Or will they only make it available to states such as Bihar, where they have immediate stakes in?

Malviya’s statement also emphasises on the fact that the BJP in Bihar is planning on administering the vaccines for “free”. Will the BJP be selling the vaccines in other States or outsourcing it to private buyers who will then distribute it to the public for profit?

The BJP Government seems to be withholding information regarding COVID from States as well. Health Minister R S Singh Deo from the Congress ruled Chattisgarh stated that the Centre had not told them about the purchase of the vaccine. He also requested the Election Commission should take cognizance of this announcement. Withholding key information from State Governments in order to benefit their own party in different regions is irresponsible.

The most glaring issue of the manifesto is that it wont provide vaccines based on who needs it the most. The BJP states that when a vaccine is deemed safe, they will purchase the same for every citizen of Bihar, but does not explain their plan of distribution in the State. This will not prioritise those who are more vulnerable in the country, such as essential workers and their family’s, nor will it prioritise places where community spread is high. The Centre also did not clarify if they have a plan of distributing vaccines to those most vulnerable.

Lack of clarity regarding the Centre’s position is unfair to the citizens of Bihar itself. Now, they don’t just have to consider the positives of voting for different parties, but also the negatives of not voting for the BJP. Will the Centre withhold information or even the vaccine from the State if they are not voted into power at a regional level?

As Manoj Kumar Jha, Rajya Sabha member of RJD pointed out, India is supposed to be a welfare state. Promising vaccines for citizens once it is made available to the public should be a given, and not a question of election polls.

In fact, the National Expert Group on Vaccine Administration, which is part of the Centre’s Covid task force had made it clear in its very first meeting states should not chart their separate pathways for procurement of the vaccine. The manifesto, then, is contrary to the decisions of the task force set up by the BJP itself.

States, Police should not Clampdown on Citizens Asking for Help For... 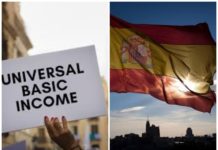 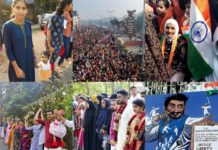