Bombay High Court has denied the bail plea of 81-year-old Poet and activist Varavara Rao. He is in jail for the last 800 days i.e over two years in the Bhima Koregaon case.

Rao’s lawyer Indira Jaising claimed that his health was “fast deteriorating”, and there was a legitimate apprehension that he might die in prison. Rao suffers from dementia, is confined to bed in the prison hospital since August, and needs to wear diapers, the lawyer said. Varavara Rao’s family had requested that he be freed urgently because of his worsening health.

“He is bedridden. He is on diapers. He can’t control urination. He is with a urine bag. His catheter has not been removed. Is this man going to run away from justice,”

The family’s lawyer Indira Jaising argued before the High Court, saying that his health was fast deteriorating.

If Rao passed away in prison, it would be a case of “custodial death”, advocate Jaising said, adding that his detention violated his right to life under Article 21.

A division bench led by Justice A K Menon was hearing a petition filed by Rao’s wife Hemlata, seeking that he be shifted to the private Nanavati Hospital for better treatment, an independent medical board be set up to assess his health, and he be released on bail.

The court said doctors could examine him via video call and would visit him if needed. The high court initially suggested that a team of doctors from the Nanavati hospital visit Rao in prison.

Varavara Rao, 80, was arrested in January 2018 and charged under a stringent anti-terror law, the Unlawful Activities Prevention Act, which allows detention without trial for years.

His family says in its petition that his continued incarceration in ill-health amounts to a violation of Article 21 of the constitution that guarantees the right to life and personal liberty. He also contracted Covid in jail.

He has been in Taloja Jail near Mumbai and it was a co-accused, Stan Swamy, who had called lawyers and informed them that Mr. Rao was severely unwell, Ms. Jaising said. 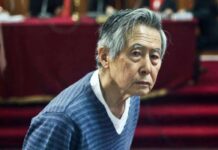