Former Chief Minister and Leader of Opposition, Siddaramaiah has been admitted to Bengaluru’s Manipal Hospital after he was advised to do so testing Covid positive yesterday.

I have been tested positive for #Covid19 & also been admitted to the hospital on the advice of doctors as a precaution.

I request all those who had come in contact with me to check out for symptoms & to quarantine themselves.

In his tweet informing his followers about it, he has noted that he has got himself admitted to the hospital as a precaution even though he did not have any symptoms of the pandemic and that it was nothing to panic about. He has also asked people who were in his contact in the past few days to check for symptoms and to quarantine themselves.

I wish @siddaramaiah a speedy recovery from COVID-19.

Just a day ago, even the Chief Minister of the State BS Yeddiyurappa had also been tested Covid Positive. Coincidentally, the Chief Minister of the State BS Yeddiyurappa and Leader of Opposition Siddaramaiah has been admitted to the same hospital. However, a few important questions have been asked to all leaders at this hour is, why do people’s representatives choose private hospitals when they are affected in health? Isn’t this a testimony for the faith lost in the public health system? Why do not any leader or their political party take up the task of bettering the public health system? Also, when numerous symptomatic and critically-ill patients have been suffering and have been asked to home-quarantine themselves in the state and the city, why do people’s representatives though asymptomatic fill up the beds in the hospitals?

A few days ago, Agricultural Minister of the state had also been tested Covid Positive and had got admitted to Bowring and Lady Curzon Government Hospital in Bengaluru run by the state government.

Earlier Tourism Minister of the state, CT Ravi had also been tested Covid positive and had home quarantined himself.

Also Read about: Yeddi is Father of ‘Operation Kamala’: Siddaramaiah at KPCC Protest 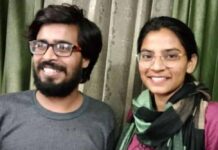