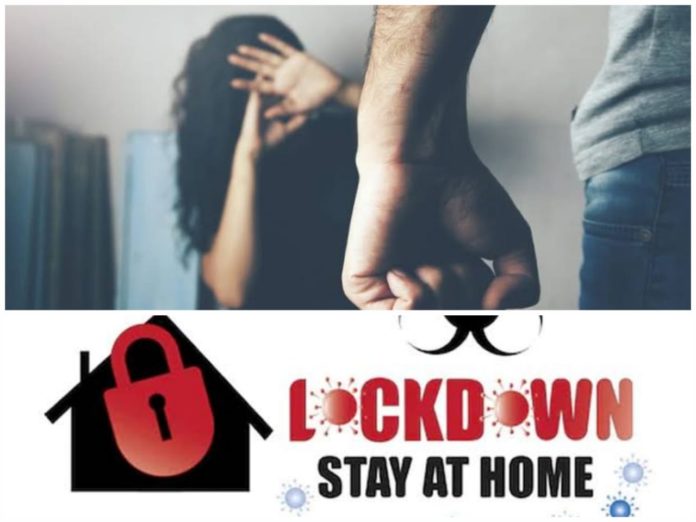 The National Commission for Women released data about rising cases of Domestic Violence during the period of the lockdown. The pandemic has also had a gendered impact on women wherein they are forced to stay with their abuser due to the lockdown. This trend of rising incidents of domestic violence has been noticed all across the world.

As many courts, hospitals, and helplines have shut down, women are finding it difficult to reach out for support. Civil society groups have also faced challenges in lending a hand during this lockdown. In this context, Law and Society committee (NLSIU, Bangalore), in collaboration with Centre for Women and the Law (NLSIU) and The Leaflet organised a webinar called- Women & The Pandemic: The Challenge of Domestic Violence on 20th April 2020.

The webinar explored legal remedies that women have in this period and how civil society can help despite the lockdown.

T.K. Rajalakshmi, Senior Deputy Editor Frontline started the discussion with a broad overview of the situation. She mentioned that even the Un secretary-general is talking about rising cases of domestic violence but there hasn’t been any message from government on this. The Ministry of Women and Child Development has also not made any efforts to build support mechanisms to help women through the lockdown.

At the time when COVID-19 helplines themselves do not function well, how can one expect helplines that help victims of DV to function?

She addressed the fact that the pandemic is seen only as a health crisis but no one is talking about the crisis that women and children are facing as a result of COVID-19. They have to bear the social cost of the virus which arises from the economic loss that their abusive partners face due to the lockdown.

Indira Jaising, Senior Advocate and Founder, Lawyers Collective gave a historical overview of the DV law. She said that under sec, 498A domestic violence is criminal law. When women came with cases of DV, they would want to know if these cases could be tried through Civil Law so that they could access entitlements that were not provided under criminal law. As a response, activists and lawyers worked to broaden the definition of the DV law. One of the rights that women had under the new law was the right to reside in the house of their husbands. The irony of this lockdown is that they are now forced to reside in the same household, and the household becomes a jail for them. The DV that they experience is now literally custodial violence.

She said women do not and have not left violent situations because they do not have any matrimonial property and would have to leave empty-handed. One of the solutions that she suggests is to have policemen as protection officers, as abusers might be afraid of police presence. What is important now, she iterated, is to document these stories.

Adrija Bose, Associate Editor, News 18, shared her interactions with UP police during her field reporting on DV. According to Police, the first week of lockdown there were fewer cases of DV. This could be because of the lack of mobile phones with women. As men own phones at home and have more access to phones, 71% to 38% for women, making calls to helplines might come at the cost of their safety.

While the NCW has now started accepting complaints via e-mail and WhatsApp as well, the state response is still very limited. In other parts of the world, countries have been responding to the rise in DV cases, like France and Spain, but India seems to be ignorant about this.

There have been several incidences of police brutality during the lockdown, this does not instil confidence in women to come out to complain to the police. It is worrying that many redressal mechanisms for women are unreachable.

Shelters are not taking women in because many are worried about the spread of the virus. She said that because the legal system is not functioning, seeking redressal to the violence is hard. She suggests that abusers should be moved out of these environments instead of forcing women to leave. With no response from the government and no advertising of DV numbers, Anuradha said that we will only see a rise in deaths due to DV.

Jhuma Sen, Assistant Director, Centre for Human Rights Studies, Jindal Global Law School spoke about how the narrative during the lockdown is “Stay at home. Stay safe.” Often a home is said to be a safe place.

This kind of messaging can be very damaging for victims of domestic violence. Feminists have time and again said that homes are violent spaces. With the lockdown, women are faced with more burdens. They have to engage in care work and invisible work and at the same time live in closed spaces with their abusers. She said that these are gendered implications of the lockdown.

Sangeeta Rege, Coordinator, Centre for Enquiry into Health and Allied Themes (CEHAT) spoke about CEHAT’s work with the BMC during the lockdown. CEHAT’s Dilaasa centers are spread across Mumbai and 13 centers are functioning. Dilaasa works to provide psychological support to victims of DV. They have developed safety plans for both the team of counselors and for the victims of abuse. They have gotten 103 police vans that go to the victim’s house, speak to the abuser, and if need be move the victim out of the house. The volunteers on the other end talk to shelter homes and ask them to take women in. They also ensure that they talk to abusers and previous Dilaasa users to see if things are under control. As many victims can not make it to the hospitals, CEHAT has also put up helpline numbers and shared them with the users. These have been important steps that civil society has taken, while working with the government, to ensure victims are safe.

Padma Deosthali, Public Health Expert, CEHAT (Bihar) spoke about Sahaj, an organization has been using a health system response to DV. They have been engaging in working with counselors and training them to engage with victims of domestic violence and rape. They also reach out to Anganwadi workers, ASHAs to inform them about these services and how to access them.

The webinar brought out the intricacies that are hidden in fighting the rise in Domestic violence cases and it is important that the government take cognizance of the problem and make activities that support the victims of domestic violence essential. 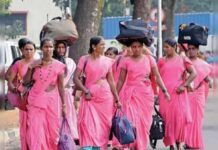