Women all over Uttar Pradesh are protesting against the atrocities committed on women in the state. They took to the streets to protest the incidents of feudal and Brahminical oppression that women suffered. The protests were provoked mainly by the self immolation of mother-daughter duo in Lucknow a few days ago. In addition to that, the women protesters demanded that the atrocities on Dalit women, from Ambedkar Nagar to Western Uttar Pradesh, should be stopped immediately. The protests were organised by the All India Progressive Women Association (AIPWA). In an attempt to stop these demonstrations, the police raided the AIPWA office.

AIPWA State President, Krishna Adhikari, while talking to Janchowk said: “While the whole country and the state of Uttar Pradesh is struggling with the COVID-19 pandemic, in such a situation, under BJP’s rule, the number of atrocities against women are increasing. From UP to MP (Guna), there are reports of atrocities on women.”

“While Chief Minister Yogi Adityanath is patting his own back for handling UP’s law and order situation, the recent incident from Lucknow Lok Bhawan, where two women tried to self immolate, is proof enough to show that in this government, there is nobody to listen to the poor and that the door to justice is always closed to them.”

Adhikari continued; “In Yogi’s Raj, the displacement of Dalits and Adivasis from their land and police suppression through state protection is much higher compared to previous governments. In recent times, in Lucknow, Kanpur, Lakhimpur, Ayodhya, Azamgarh, Chandauli and Sonbhadra, incidents of murder and harassment of Dalits, OBC and Adivasis have come to light. However, there are no FIRs registered for these incidents, and neither have there been any arrests”.

APIWA State Secretary, Kusum Verma, stated: “The Yogi government has budgeted crores of rupees for the Ram temple construction but has no plans for the public who is struggling with hunger and unemployment during this pandemic. Despite Yogi Adityanath’s promises when he was sworn in as Chief Minister,  the statistics on crimes against women show that he has failed on his promises.”

Protests were held in Lucknow, Allahabad, Lakhimpur, Mathura, Sitapur, Varanasi, Devariya, Mirzapur, Chandauli, Bhadohi, Gazipur and Sonbhadra. The women demanded justice for many instances of attacks and harassment on Dalits and women within the state. They demanded:

Adult woman free to marry and convert as per her choice:... 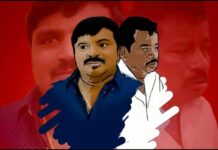