On 9th November, the Narendra Modi Government issued an order bringing digital and online media, including news and current affair content, under the jurisdiction of the Ministry of Information and Broadcasting. As a result, platforms such as Netflix, Amazon Prime Video and Disney+ Hotstar, could face censorship from the Union Government.

It was nice while it lasted, friends https://t.co/KXp3AUBXWU

How did this come about?

Until recently, Over the top (OTT) platforms and online news media did not have any official regulation mechanism. Print was regulated by the Press Council of India and Television and news and entertainment were both regulated by the Cable Networks Regulation Act. The  Information and Broadcasting Ministry felt online platforms escaped this as they fell under the jurisdiction of Ministry of Technology, which doesn’t regulate media content.

Reportedly, this move was to “level the playing field” for all digital platforms and to ensure that all of them have to follow India’s laws. Last month, the Supreme Court of India issued a notice to the Centre and Internet and Mobile Association of India based on a petition regarding the same. This was based on a PIL by advocate Shashank Shekhar Jha, who stated that none of the streaming platforms had signed the self-regulation code released in February by the Ministry of Information and Broadcasting/

In January 2019, nine streaming services announced a self regulation code in order to avoid being regulated by the Government and in September 2020 15 platforms signed a universal “self regulation code” under the Internet and Mobile Association of India. The I&B Ministry rejected the self regulation model proposed by Amazon Prime Video, Netflix, Disney+Hotstar, Jio Cinema, Eros Now, Hungama, Shemaroo, Discovery Plus, Zee5, Viacom 18, MX Player, Alt Balaji, Arre, Flickstree and HoiChoi.

This code included a grievance redressal and escalation mechanism in case platforms did not not comply with the guidelines. But the Government did not accept this as it didn’t have a list of prohibited content. They also stated that there is a conflict of interest as members of the advisory board themselves had streaming platforms. Instead, the Government wanted to have a regulation board within the I&B Ministry.

What does this change?

The new order amended the Government of India (Allocation of Business) Rules, 1961 to include “Films and Audio-Visual programs made available by online content providers” as well as “News and current affairs content on online platforms.” This will not include user-generated content on platforms such as Facebook or Youtube. It will come into force at once.

This move will give the Union Government power to draft policies for OTT platforms and digital media the way it does for television and print media. Coming under the I & B doesn’t give them rule making powers over digital news, but they can bring in these powers through a statute.

While there is lack of clarity on how the platforms will be regulated, it is speculated that they will likely have to follow the Programme and Advertising Codes prescribed under the Cable Television Network Rules, 1994.

Firstly, because of the lack of surveillance on platforms such as Amazon Prime or Netflix, creatives have had more freedom when it comes to shows or movies made for streaming. Shows like Pataal Lok or Sacred Games, therefore, had been able to explore politically divisive or taboo topics relating to sex, sexual violence, Hindu nationalism, casteism, persecution of Muslims, state violence and so on. Notably, the order comes after months of campaigns by rightwing groups to bring the censorship laws applied to cinema and television streaming platform.

Self-censorship has been a key issue for news media channels because of repressive measures taken by the Government against journalists. UP Police filed an FIR against Siddharth Varadarajan- the founder of the Wire- for criticizing Yogi Adityanath on twitter. Journalist Prashant Kanojia was jailed for two months after being arrested over a tweet. Vijay Vineet, a jhournalist from UP, was also arrested for writing about the Musahars– a dalit community- having to eat grass for sustenance. During the anti-CAA NRC protests, many journalists were told to censor their coverage by editors because of threats from State forces and right wing groups. Subsuming online news platforms might lead to a similar kind of self-censorship amongst online news platforms.

But the issue of censorship of news becomes far more concerning when considering recent Government efforts to control print and television media. In April, the central Government petitioned the Supreme Court to issue a directive stating that no news regarding COVID-19 could be printed or broadcast before receiving clearance from the State. While this had already been implemented by three states, the Central Government sought to universalize it. The Supreme Court did refuse granting the petition, but instructed media houses to make sure that they carry out the official version, setting a dangerous precedent considering the existing heavy suppression of journalism.

The state’s efforts to regulate news has particularly been for the purpose of quelling dissent. News platforms which vilified Muslims as the cause of the spread of COVID-19 did not face consequences. The BJP also has been rallying behind Arnab Goswami, despite the fact that he and Republic TV have been accused of sensationalizing news and spreading misinformation.

Of course, the concerns of censorship are speculative as we do not yet know what rules will be brought into place. However, from the of Government’s rejection of self-regulation of media owing to the lack of “prohibited content” and continued surveillance and censorship of other media platforms, the concerns hold weight.

Bathinda gets its first Congress Mayor in 53 years

Bihar: Over 2.5 Lakh ‘Excess Deaths’ Recorded Since COVID19 Outbreak in...

Actor Chetan Kumar Arrested over Tweet on Judge gets bail 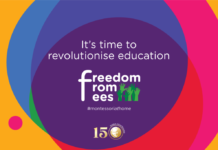