The National Medical Commission (NMC) bill was passed in the Rajya Sabha on August 1st. It stands to repeal the Indian Medical Council act of 1956 and dissolves the Medical Council of India(MCI), hitherto the apex body involved in the regulation of undergraduate and postgraduate medical education in the country.

The MCI has faced a host of corruption charges since 2001 and come under increasing criticism and scrutiny. It was eventually dissolved by the President of India in 2010. This paved the way for the introduction of the NMC act, passed as an ordinance in January 2019 and eventually by the Lok Sabha and the Rajya Sabha. Following this, there were nationwide protests by medical students and doctors in the form of strikes. What led to these protests and why are doctors opposed to the NMC bill?

The NMC for effective functioning needs to be an autonomous and ideally a representative body. Further, professional concerns require it to be an institution at least predominantly made up by doctors. However as per the NMC bill most of the members of the council will be appointees of the central government and mostly ex-official government servants and Directors of reputed institutions. While the recommendation for selection was through a rigorous process of predefined criteria, the bill provides for election of only 20% of the members through the process. Thus the new council for regulation of medical education assumes the character of a bureaucratic department which does not represent all the different regional concerns of the country and may thus fail at appropriate and sensitive state-wise regulation and implementation.

The second and a major concern of the doctors is the provision of license to community healthcare practitioners/practitioners of AYUSH system of medicine for practicing modern medicine after a bridge course of 6 months. The rationale behind this policy is the shortage of medical practitioners in the rural areas and the poor doctor to patient ratio in the country. While the rationale is justified, the means here seems misguided and may lead to detrimental consequences. The training in these systems of medicine even with respect to the basics of anatomy and physiology greatly differs. A training of 6 months is extremely inadequate for the induction of one practitioner into another system. It undermines the AYUSH systems of medicine. It also does not address the fact that most rural hospitals suffer more from a lack of basic medicines and infrastructure than a lack of trained staff. The practice may in turn lead to increased errors and cause a delay in dispensation of ideal medical treatment to patients with untoward consequences. Differential regulation of the practice in rural and urban areas gives rise to further ambiguity.

The MCI was mainly found to be corrupt with respect to regulation of education in private medical colleges. The bill is extremely weak when it comes to ensuring that these practices are discontinued. The previous act required medical colleges to be inspected at multiple check points. However, each inspection was said to have become an excuse for extortion. The present bill instead of ensuring that inspections are duly supervised by external ombudsman or reviewed, has simply curtailed the number drastically. That is an ineffective system of regulation and provides no regulatory mechanism to ensure that standards of education are consistently maintained. The other major concern with private medical colleges was the fee structure. The present bill will regulate only upto 40% of the seats thus leaving at least 60% if not more unregulated and thus affordable only to the rich.

A major concern and in particular the cause for the strike by the medical students is an addition exam ‘NEXT’ to be introduced for licensing of medical practitioners. Ideally, the NMC should aim at the standardisation of medical education. The very need for an additional exam for licensing apart from the annual examinations that Medical students undergo through a rigorous and stressful process belies confidence in the system and makes those examinations redundant. The proposed objective format of the exam is not ideal for such purpose. This exam cannot substitute the entrance exam for postgraduate training as both have completely different objectives.  While a licensing exam needs to assess basic competence, a competitive exam needs to be rigorous to differentiate between two candidates. It only adds further ambivalence to an already stressful situation.

Accountability or its lack thereof was the primary reason for the malpractices within the MCI. The bill does nothing by way of ensuring “checks and balances” to ensure that NMC does not suffer from the same lapses.

While doctors have raised the above objections, they recognise that they have failed at ethical internal regulation of their own systems. The bill may be a step in the right direction but is severely inadequate in its present form. Medical education requires systematic, long term planning. Also it is only one aspect of building the health infrastructure of the country which is the final Aim. The bill introduces multiple stop gap policy measures which might become more of a liability in the future and proposes few if any creative solutions to the problems encountered.

The author Kirti Sharma is a fetal medicine specialist/ Obstetrician with an MA in History of Medicine. She is also a member of Swaraj Abhiyan

Prince Philip, the Duke of Edinburgh and Queen Elizabeth’s Husband, Has... 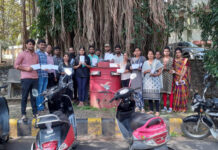