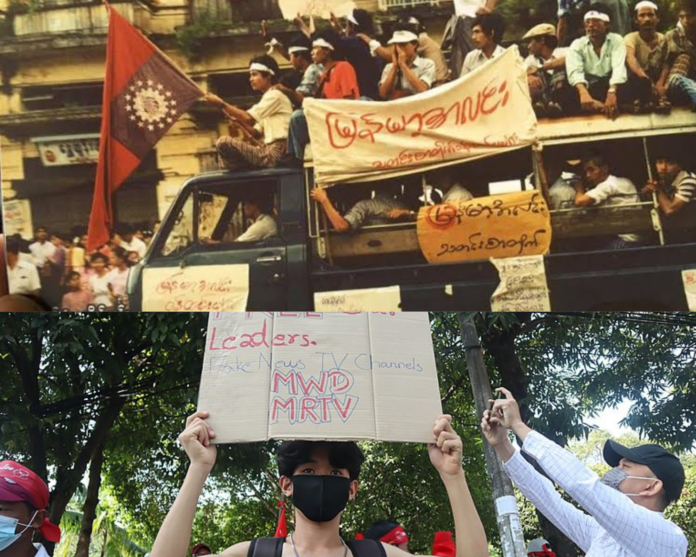 On 1 February 2021, Myanmar’s military, the Tatmadaw, deposed the democratically elected President Win Myint in a coup d’état. The Tatmadaw declared a state of emergency. They are charging the leaders of the National League for Democracy (NLD) with breaching campaign guidelines and COVID-19 restrictions in the 2020 elections. In the 2020 elections, the NLD won 396 of the 476 seats in Parliament. The leaders of the Tatmadaw have claimed that the results were the result of fraud and election rigging.

Protests began almost immediately after the coup d’état. They started with just a few people on 2 February. They grew to lakhs by 7 February. The protests are largely leaderless. The protesters demand the end of military rule and the establishment of civilian rule. The military has used water-cannons to disperse protesters and has established martial rule from 8 February.

Also read: Assam: Is BJP’s Advertisement a Violation of Model Code of Conduct ?

Protests have spread throughout the country. Hundreds of protesters have been killed and thousands have been arrested. Leaders of the NLD remain in jail. Many militant groups across the country have been making open declarations against the government. Myanmar could be on the brink of a civil war. This may be accompanied by a refugee crisis on the Indian border. This is the time for India to decide on a policy regarding the possible outcomes of the situation.

Since independence, Myanmar has mostly been under military rule. In 1985 and again in 1987, the government instituted a demonetization policy and eliminated nearly 75% of the national currency. As a result, many people lost their savings. The 1985 demonetization led to some small agitations. An underground anti-state resistance began to form. Resistance had a second wave after the 1987 demonetization. This led to the 8888 Uprising, named after the date when the uprising began, 8 August 1988. Riots were led by students who lost the savings they required for education. Eventually, other sections of society joined. Protests spread throughout the country. Initially, the military responded by declaring martial law. Eventually, they tried to placate the protesters by agreeing to hold elections.

The NLD was formed just after the 8888 Uprising. Aung San Suu Kyi, daughter of famous nationalist Aung San, rose as a face of the resistance to military rule. She led the NLD. Elections were held in 1990. The NLD won 392 out of 492 seats in parliament with 59% of the popular vote. The Military declared the elections illegitimate, and continued ruling Myanmar.

Agitations continued through the 1990s. The NLD campaigned internationally and got support from the US, the UK, Japan, and many European countries, leading to sanctions against Myanmar. Myanmar‘s economy suffered. Militant ethnic-based groups from different regions began to declare wars for independence.

In 2003, the government proposed the Seven Steps to Democracy, where they agreed to instate the constitution and move to civilian rule. Their proposal was accepted by most major militant groups in the country, who agreed to a ceasefire, provided each region would be allowed to draft regional constitutions.

In 2008, the state proposed a referendum with a proposed constitution. The new constitution would allow the military to retain influence, by controlling 25% of the Parliament seats, and would appoint one of the Vice-Presidents. The constitution was released less than two months before the referendum was held. The period also coincided with a major cyclone, Cyclone Nargis. The NLD objected to the referendum stating that the constitution curtailed civilian rights, gave little time for public deliberation, and occurred during a national crisis.

Still, the constitution was passed, and in 2010, elections were held. The NLD refused to take part in the elections. The Union Solidarity and Development Party (USDP), a party with strong connections with the military, won the elections. In the 2015 elections, the NLD contested and won.

The 2020 elections were hotly contested. They were seen as a test of the NLD against the USDP. The loss in 2020 was a sign that the military influence would be increasingly challenged. As a result, the military responded by a coup d’état.

India has always had a non-interference policy regarding the central government of Myanmar. This is in line with India’s foreign policy in most matters, as it has consistently argued that national sovereignty and self-determination are important principles. The situation with Myanmar is more strategic. As in the 8888 Uprising, conflict in Myanmar may lead to an influx of refugees to India. India does not seem prepared for that. As a neighboring country, on a border with many separatist movements on both sides, India has avoided taking a stance on Myanmar. In polarizing times, the Indian government has been concerned about shifting factions within the country towards China and has therefore kept a neutral stance. Myanmar also has a huge reserve of oil and gas that India hopes to trade with.

Supreme court pulls up central and state government in response to... 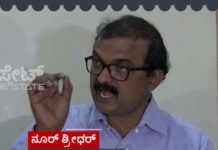