The Panchayat elections that were conducted in Uttar Pradesh in phases saw widespread violence all throughout the process which culminated during the nominations and polling for Block Pramukh elections.

Samajwadi Party and other opposition parties have criticised the ruling BJP for misusing state machinery to win the elections and the party workers will protest across the state against the irregularities in the Panchayat elections in July 15.

To silence the opposition’s claim and to build up the narrative of action against violence the UP police has registered 900 FIRs across the state and made 60 arrests so far, Janjwar reported.

Most of the FIRs are filed against people associated with the opposition while those who indulged in violence from BJP’s side are scot-free in most of the cases, the report further claimed.

The FIRs filed are typical of the Yogi model of governance where the victims of violence are made accused and blamed for the hooliganism. This also gives the impression that the state is hard on hooliganism and violence.

The panchayat and block pramukh elections ‘win’ is to portray that the party still has mass support in the state ahead of 2022 Assembly elections.

Prashant Kumar, the ASP of Etawah was slapped by a BJP worker Vimal Bhardwaj and a video doing rounds on the internet shows the SP on a call with his superior accusing the BJP workers of the attack. However, the accused has still not been nabbed by the police.

The polling day saw attacks and stone-pelting on police as well. In the above video, ASP Prashant Kumar Prasad can be heard saying, ‘Sir, they brought stones. They slapped me too. They brought bombs, BJP people, the MLA, and district chief.’

During the nomination, however, the police were seen as bystanders while candidates backed by opposition party Samajwadi Party were being beaten, molested, and prevented from filing nominations by force by people allegedly associated with the ruling party BJP and other far-right groups. Journalists were also beaten up by these workers.

349 candidates had already won unopposed on Friday and the elections for the rest of 476 seats were held on July 10.

A video from the day of polling on July 10 surfaced where Divyanshu Patel, the Chief Development Officer or CDO of Unnao can be seen thrashing a local journalist. 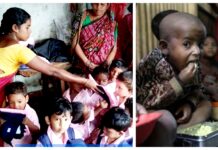 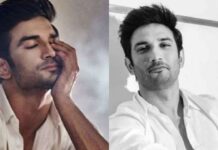