Early morning on July 23,  officials of the Uttar Pradesh (UP) irrigation department demolished tents and a mosque set up by Rohingya refugees, deeming them ‘illegal’, while clearing a portion of its land in Delhi’s Madanpur Khadar area, the Indian Express has reported.

In total, 53 families live in the  Rohingya settlement and after the demolition drive shelter of 16 families have been destroyed while shelters of 37 families are intact.

This is how the mosque was razed to the ground. A plain inhuman act. We caim of treating guest as gods but this is the reality. We are hypocrate & Islamophobe.
Such a shameless act.#rohingya #rohingyacrisis

The demolition drive by the officials took place after Uttar Pradesh and Delhi governments’ officials held a meet on vacating the land.

The people from the Rohingya camps have accused the UP officials of demolishing their mosques, tents and destroying water coolers, washrooms, and taps, cutting off their access to water and rendering them with no place to defecate, bathe or wash their clothes.

Meanwhile, Md Salim (33), a community leader at the camp, said that there was a fire a few weeks ago destroying shelter of 16 families. But, on Thursday, July 22, he said officials had demolished the mosque, a water pump, and two washrooms. The 16 families in question were shifted to temporary settlements on the road. Salim said this will put the families at risk of accidents, the Indian Express reported.

"It would have been better if we had stayed back in Burma and fought till we were martyred instead of coming here and dying everyday."Ajay Bisht's unifromed force has completely demolished the Masjid at the camp where Rohingya Muslim Refugees lived, before the fire last month.1/3 pic.twitter.com/Qqn0Qduowv

‘This is clearly systemic oppression of Rohingyas. Throwing people away from the land during a pandemic when the monsoon is approaching is completely inhuman. Furthermore demolishing a mosque, is an islamophobic act,’ Arbab Ali, a student at Jamia Milia Islamia who brought the issue to light initially told Gauri Lankesh News.

The Rohingya families living there have stopped accepting any dry ration now because they do not have the basic necessities like clean drinking water for cooking, Ali added.

Behind me once stood the Masjid of Rohingya Camp, Kanchan Kunj. Yogi Adityanath's Islamophobic and fascist government has destroyed it completely.

I've been present at the camp site since morning. Till now, UNHCR hasn't visited the demolished site. @cknotok pic.twitter.com/1tDvNq9Vw6

Several days have passed since the incident but no political leader or government officials of either the Delhi government or the UP government have come out to help the families.

The Uttar Pradesh government officials said that the refugees had earlier settled on Zakat Foundation land, but later “illegally” built permanent and semi-permanent structures on the irrigation department’s land.

‘Our job was to primarily relocate settlers from UP irrigation land to separate tents next to Zakat Foundation land. They are very well housed since the tents are of very good quality,’ the Indian Express quoted Vishwendra, District Magistrate, Southeast Delhi.

Also read: Why is India Taking a Soft Stand on Slaughter of People in Myanmar? 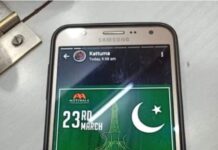 I am a Jumla- An Interview With Godse