Journalist and former Tehelka editor-in-chief Tarun Tejpal was acquitted of the charges of rape and sexual assault by a session court in Goa. He was accused of sexually assaulting a junior colleague in the lift of a hotel in Goa in the year 2013. The judgment was pronounced by Additional Sessions Judge Kshama Joshi.

He was initially arrested in November 2013 after an FIR was filed against him with Goa police but was later on released on bail in July 2014. The trial initially began in 2018 but due to repeated petitions by Tejpal, it continued to be delayed until December 2020 when it began. In the longest cross-interrogation, the complainant was questioned for an entire month, the Hindu reported.

The Wire has reported that Tejpal has been acquitted even after he acknowledged and apologized over an email about engaging in non-consensual sexual acts with the junior colleague:

“It wrenches me beyond describing, therefore, to accept that I have violated that long-standing relationship of trust and respect between us and I apologise unconditionally for the shameful lapse of judgement that led me to attempt a sexual liaison with you on two occasions on 7 November and 8 November 2013, despite your clear reluctance that you did not want such attention from me.”

Also read: The Acquittal of Priya Ramani is Not a Battle Won

After the acquittal from the court, Tejpal expressed gratitude to the long list of lawyers who represented him in the case. These include Pramod Dubey, Aamir Khan, Ankur Chawla, Amit Desai, Kapil Sibal, Salman Khurshid, Aman Lekhi, Sandeep Kapoor, Raian Karanjawala, and Shrikant Shivade, Bar and Bench reported.

How Delhi fires engulfed the “apolitical” morality of Kejriwal?

Kerala Government to Withdraw Cases against CAA and Sabarimala Agitation 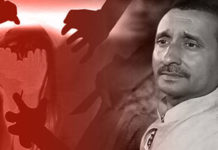 Unnao rape case: Kuldeep Sengar to be tried under POCSO for...

Health Care Should Always be Available and Affordable – not just...

Palestinian Nakba is Ongoing: From Sheikh Jarrah to Gaza