23 year old, J. Harriharan was hacked to death in an honour killing in Karur town on January 6th this year. Harriharan belonged to the Maruthuvar caste which comes under the Most backward Castes (MBC) group. He was attacked by the relatives of a girl with who he was in a relationship with. He had suffered grave injuries from the attack and was rushed to Karur Government Medical Hospital, where he died.

Previously, he was running a barbershop in Mettur Street, Kamarajapuram in Karur. He had met Meena, the girl he was in love with, in college, and the two were in a relationship for three years. She belonged to the Chettiar caste, which is a dominant Other backward Caste (OBC) group, in Tamilnadu. The two had known each other from their college days, and the girl’s parents even went to his family’s house, to threaten them against the two marrying. On meeting them they emphasised on the boy’s “low caste” as a reason for condemning the marriage. According to the boy’s parents, the girl had called them multiple times stating that she would only marry their son.

The girl at one point had stopped talking to Harriharan, after which he had tried to contact her a few times. On Wednesday, however, she called him asking him to come closeby to Sri Kalyana Pasupatheeswarar Temple, in order to “sort out the issue”. Harriaharan, along with his father Sivalingam Jayaram and two friends went to the temple. Instead of the girl, they were met with a brutal attack by her father and uncles in a gang of twelve. They injured Harriharan’s father and threatened his friends. Hariharan himself suffered grave injuries and died in the hospital. According to an activist from Evidence, a Madurai-based NGO, even though the site was only 200 meters away from the nearest police station, the First Information Report (FIR) stated that the attack took place 0.5km west of the station.

The Karur Police booked the girl’s father, Velan, and her uncles, Shankar, Karthikeyan and Vellaisamy, and S. Muthu under various sections of the IPC. Initially, only three of the assailants were arrested. Hariharran’s relatives had staged a protest in front of the hospital on Thursday, demanding Velan and the rest of the attackers to be arrested, and refused to receive his body. On receiving assurance from the police that the attackers would be arrested, the last rites were conducted by the family in Palammalpuram. Velan and S. Muthu (a paternal uncle) were later arrested and placed in judicial custody, to continue for 15 days.

According to Evidence, Tamil Nadu has seen a high number of honour killings in the past 11 months (9 according to a representative from the organisation) under the pandemic and subsequent lockdowns. Since the beginning of the lockdown, the first such case of honour killing came from Tamilnadu in early April. Since then the violence has continued unabated. Evidence recorded around 23 caste based crimes that took place in the state.

In one of our previous articles on rising caste atrocities in Tamilnadu, we have highlighted that many Dalits moved to cities in search of jobs to escape the discrimination they faced in villages. Once the lockdown was imposed, they were forced to return to their villages because they had no other means of income. The return to their native village is proving to be deadly for Dalit youths now. The lockdown is affecting Dalits more than others as they are not insulated against this violence anymore.

In many cases, the harmful narrative of Dalits being responsible for COVID-19 has fueled a number of attacks on Dalits, their place of work, and their homes. Villupuram district saw a number of such attacks. A number of attacks took place in Chennai’s fruit and vegetable markets as well. Brahmanical demonisation of Dalit Bahujan men and women is a core ideology that fuels such attacks. In the case of honour killings, caste honour and exclusivity of the caste via the system of endogamy is threatened, leading to brutal deaths of Dalit Bahujan men and women. Poor implementation of the SC-ST Prevention of Atrocities Act in many of these cases also reveal the ways in which law enforcement participates and contributes to caste-based violence. 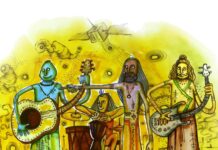 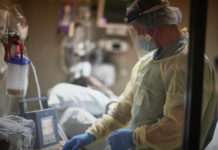 UP Assembly Elections 2022: Dent in BJP’s social coalition has aggrieved...

T N Seshan: The man behind Electoral reforms no more