The Tamil Nadu government will form a 5 member economic advisory council composed of well known members such as Nobel laureate Esther Duflo, former Reserve Bank of India governor Raghuram Rajan, among others in order to advise the chief minister. Duflo, along with Abhijit Banerjee, and Michael Kremer, had received the 2019 Nobel Prize for Economics. They were award the prize “for their experimental approach to alleviating global poverty”.

Governor Banwarilal Purohit announced the formation of the council and its members during his address to the state Assembly at its first sitting since the DMK-led government assumed power. He stated the government, with the help of the advisory council, will focus on improving the fiscal position and bringing down the debt burden. A white paper which will detail the state’s financial position will be released in July.

The governor also said that the Tamil Nadu government under MK Stalin would attempt to maintain a cordial relationship with the Union government as well as continue to fight for the rights and autonomy of states.

Purohit also announced that the government will introduce a separate annual budget for agriculture. The objective is to increase productivity and protect farmers’ welfare. He mentions how the above measures will be key measures so as to bring down the overall debt burden and improve the fiscal position in the state. 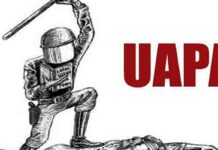 Bail after 3 years for the incarcerated Mumbai Electric Employees Union...

16th May as Justice Day: Stand With Dr. Anand Teltumbde and...