A case under the sedition law was filed against activist Shehla Rashid earlier this week for her tweets about Kashmir situation after the amendment to Article 370. In her tweets, she had claimed that the armed forces were “entering houses” in Jammu and Kashmir and “picking up boys”. The case was filed on the complaint of a Supreme Court lawyer in Delhi according to NDTV report.

Well, we all saw this coming much before!

I have learnt from media reports that the Special Cell of the Delhi Police has filed an FIR against me for speaking out on the clampdown in Kashmir and the denial of basic rights to Kashmiris. The FIR is a frivolous, politically motivated and pathetic attempt to silence me. I am a petitioner in the Constitutional challenge to the abrogation of Article 370 of the Constitution of India, and our petition in the Supreme Court makes a very strong case for the restoration of the same.

In my tweets, I have clearly mentioned that these are based on information received from people in the state. In a situation where reporters are not allowed to report, media, social media, telephonic and postal communication is gagged, it is important to put out narratives of the people, so that people in the rest of India know what is happening there. As a political activist, I was just doing my job.

In the Twitter thread for which I’m being targeted, I have highlighted the positive work of the administration in ensuring facilities to the people. That itself is proof enough that I have no motive except to shine light on the truth, which is corroborated by several media reports published in India and elsewhere. I appeal to everyone to stand in solidarity with the people of Kashmir in the fight for restoration of their rights. 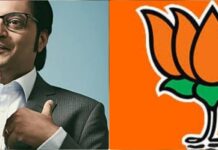 Alarming Pattern of ‘Contempt’ for Activists and their Advocates