Twitter is normally not a place you would go for humor, its mostly used as a platform for celebrities and political parties and leaders to launch campaigns and connect to their followers. Mostly it’s used to make hateful trends, outrage, and a place for invisible trolls to abuse anyone who doesn’t follow their line of thinking.

The latest trend #IHaveAJoke brought a smile on people´s faces and also gave people an excuse to vent out their frustrations amid political crises, lockdown, pandemic and job losses. People did not shy away from cracking jokes on politics, society, husbands, and yes coronavirus. Some might sting. Be ready for the burn..

Whats a joke if its not a social commentary.. right?

check out some of the tweets and make some of your own maybe..

Activists are a serious lot but they can be funny too.. Saket Gokhale is an RTI activist.

I have a joke on democracy but it’s already been told in 2014.

I have a joke on Amit Shah but I like my morning walks.

I have a joke on ANI. Waiting for 'Govt Sources' to approve it.

I have a joke on democracy but it's cracked already.

Social and gender inequality is a hard reality for half of the world´s population. But we can still take a joke.. on us or you.. depends..

I have a joke about misogyny but it’s already been mansplained.

I have a joke of Indian Judiciary but @pbhushan1 has already said that. https://t.co/fDJFPwwcfO

I have a Joke about Bats but am sure everyone has heard it by now. It’s Viral

I have a joke on the RTI Act but it's exempted for disclosure under Section 8. https://t.co/faHnwUPcdR

I have a joke on doctor , but aap pehle fees jama karao.

I have a joke on ICMR, but I'll publish it next year. https://t.co/FKI1xdkIEn

Its 2020 and the true colors of journalism is not hidden from anyone. The mainstream media channels have become downright comic from being the lapdog to the establishment.

#ihaveajoke but our news channels have a better one 😅 pic.twitter.com/wYmEp6tSTt

COVID-19 has made many people work from home and rely on online meetings with their colleagues. Though many enjoy the comfort of home, the online connectivity and issues in bringing everyone online at the same time is still something that needs some streamlining

I have a joke on Zoom, but I will tell you on Team. https://t.co/qrJxiI4ZHU

Which one is your favorite joke? 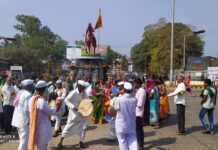 Pragya Thakur: Dunking Basketball, dancing at Weddings but “too ill” for...