However, the BJP Government known for paying only lip-service with no real intent of bettering the lives of people has only recently abolished that All India Handloom Board and All India Handicrafts Boards on July 27th and August 3rd respectively and this is the first time that India is celebrating its National Handloom Day without the advisory boards in place.

In a move that has become so typical of the BJP government, Smriti Irani, Union Minister of Textiles has been tweeting extensively today about Handlooms and promoting it on social media.

Smriti Irani took to twitter to promote handlooms with the #Vocal4Handmade among her colleagues and celebrities as she requested them to take an active part in the campaign.

Handloom can enrich our daily lives and surroundings in many ways; from clothing to furnishing to Masks in Covid times to wall hanging. Bring home handmade in India!

I take pride in celebrating India’s legacy, I am #Vocal4Handmade. Are you? pic.twitter.com/S01moKE91p

Ignorant as many of her followers and celebs are who like to join every twitter bandwagon obliged with their photos in handloom sarees.

But not every one of Twitterati was enthusiastic about the online campaign and many pointed out the hypocrisy of the “pride” that the minster is taking in Handloom day while abolishing the Handloom and Handicrafts board.

Takes an immense lack of shame to say this 5 days after permanently shutting down the Handloom Board. https://t.co/FwJ168KCXf

The handloom board was formed in 1992 “to advise the Government in formulating policy for the overall development” of the sector. The handicraft board, dating back seven decades, similarly was mandated to advise in formulation of all development programmes “keeping in view socio-economic cultural and artistic perspective.”

Promotion of handloom after scrapping the handloom board.

She takes pride in both 🤔

Handloom and handicrafts employ a sizeable number of Indians. They have been spoken of as the second-most prominent employer, after agriculture, in rural India.

Nearly 2.8 million households in India, mostly rural, were associated with handloom work, according to the Third National Handloom Census of Weavers and Allied Workers 2010. Among them, nearly 1.7 million were in the North East.

Ironic to see the Textile Minister promote #Vocal4Handmade after the Centre has decided to scrap the Handloom Board and Handicrafts Board at a time when weavers & artisans are bearing the severe economic brunt of the pandemic. https://t.co/YIRta6uzkY

While many may point out that such boards are defunct anyway and this is a move towards Modi government mantra of maximum governance minimum government such boards do have a role in representing various stakeholders across India. These stake holders who made up two-thirds of the boards used to bring their issues to the table directly, bypassing bottlenecks, said Ramesh Menon, founder of non-profit Save the Loom.

The Union Minister for Textiles Smriti Irani will also be in conversation with Sadhguru on National Handloom Day. 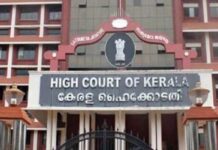 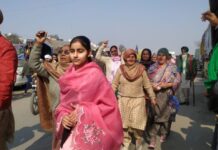 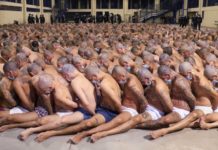