A reputed academician, a Dalit and Women’s Rights activist, a teacher, and dissenter, Shoma Sen is all of the above and more. Born and raised in Mumbai, she moved to Nagpur with her partner and daughter with a strong resolve to protect and promote the democratic rights of the most marginalized people in society.

Shoma Sen has been a respected academic for almost three decades. She has been actively involved with the Women’s Department of Wardha Vishwavidyalaya and taught in various colleges across Nagpur. During the time of her arrest, she was the Head of the Department of English at Rashtrasant Tukadoji Maharaj Nagpur University. She has written extensively on post-colonialism and women’s studies for several decades.

Shoma’s writings have discussed the feminist subjectivities of Dalit and Adivasi women oppressed under multiple structures. Her writings reflect the resilience and political assertions of women. Apart from her writings, her political work has contributed significantly to the processes of political and social transformation. She was a part of Vidyarthi Pragati Sangathana in her college days in Mumbai in the late 1970s. In the 1980s, she edited the students’ magazine Kalam and was active during the textile workers’ strike.

When she moved to Nagpur, Shoma Sen continued to work for the furtherance of civil and democratic rights. She became actively and intimately associated with the Committee for Protection of Democratic Rights (CPDR) and continued to organize people under its banner with the aim to protect civil and democratic rights. She was actively involved with women’s organisations Women against Sexual Violence and State Repression (WSS) and Stree Chetna and founded and convened the Committee Against Violence On Women (CAVOW).

CAVOW conducted fact findings in conflict-torn regions affected by State brutality, like Manipur and Chhattisgarh. She also worked vigorously to organise legal aid for women political prisoners. It is her sincere belief that women should have the space to actively and effectively participate in democratic processes, as opposed to being given tokenistic gestures. She has worked for the rights of Dalit women who are doubly oppressed under Brahmanical patriarchy. Shoma Sen has also been publicly critical of mainstream feminism which invisibilizes caste and the oppression of Dalit women from outside and within the community.

Shoma, 60, was arrested by the Pune Police on June 6, 2018, as part of a brutal crackdown of the State on human rights defenders. Her daughter has documented their jail mulaqats on social media.

In one of the letters to her daughter, Shoma writes, “They can keep me locked inside, but my mind is completely free”.

This mirrors her resilient spirit that holds strong despite the prison officials’ insensitivity to her arthritis, her age, and her needs.

Shoma’s exemplary contributions to the field of education and her prolific ability to mobilize people and especially women from across locations had brought her under the State’s scrutiny. It is the clear intent of the masculine State to stifle the voices of women who transgress the rigid structures of patriarchy and challenge the very structures that shackle them.

This article was originally published on Mumbai Rises to Save Democracy. 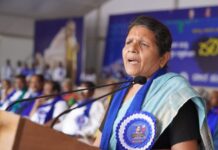 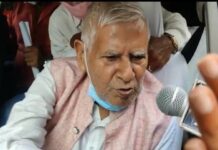 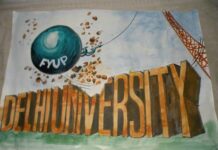 UP Police Files FIR against The Wire, 2 journalists for video... 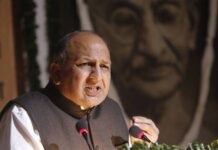