Demanding the banning of Maharashtra Ekikaran Samiti (MES), a delegation of pro-Kannada organizations submitted a memorandum to Governor Thawarchand Gehlot at Raj Bhavan on Friday.

The delegation led by Karnataka Rakshana Vedike State President, T. A. Narayanagowda submitted a memorandum where it said that the MES should be banned for frequently creating trouble in Belagavi district.

Despite knowing this fact, MES has been raking up the issue and trying to create tension in Belagavi district. It is also creating a divide between Kannadigas and Marathas living peacefully in Belagavi.

Accusing the leader of Maharashtra of floating MES in Belagavi only to keep the issue of Belagavi alive, the memorandum said that the political parties of Maharashtra such as Shiv Sena are funding MES.

Stating that MES has been instigating violence and trouble in the border district, the memorandum said that the objective is only to create enmity between Kannadigas and Marathas for their political gains.

Asserting that there is no right in demanding the inclusion of Belagavi in Maharashtra, the memorandum said that Belagavi is very much part of Karnataka. In no case, it can be given to Maharashtra.

Yet, Maharashtra has been relentlessly conspiring to gain control over Belagavi. Though in the past, Maharashtra used its power to get a committee set up for the reorganization of the States based on the linguist areas. The Committee was headed by Meharchand Mahajan. The committee however recommended that Belagavi should remain with Karnataka.

After the report was submitted to the government, Maharashtra refused to accept it. Since then, Maharashtra has been making every effort to keep the issue alive and creating tension in Belagavi.

It has also resorted to attacking Kannadigas living in Maharashtra.

When Maharashtra failed to take Belagavi legally, it started using wrong means and pressure tactics to achieve its ill-purpose. Creation of MES is one the means Maharashtra has adopted, the memorandum said.

MES has been holding events such as Maratha Mela in Belagavi where provocative statements are being issued against Karnataka.

This is leading to hatred between the Marathas and Kannadigas of Belagavi. The tension between two communities is getting reported frequently in Belagavi.

Now, with many Marathas of Belagavi having realized the intentions of MES, they have started to reject the organization. Frustrated with this, the MES is resorting to unlawful activities such as burning the Kannada flag and damaging the statue of Sangolli Rayanna. They have also damaged vehicles in Kolhapur bearing Karnataka registration.

The incidents have intensely hurt the sentiments of Kannadigas.

Since MES is primarily responsible for these unlawful acts, the Government should take strong decision to ban MES, the memorandum said.

Other members including B. Sannirappa, Dinesh Kumar and Arun Jawagal were present.

DUTA Protests Against Arbitrary Discontinuation of Services of Ad-Hoc Teachers 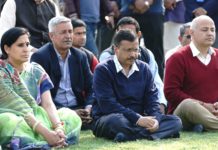