The Supreme Court on Monday, ruled that reservation for Persons with Disabilities (PwD) is applicable to promotions, and reserved promotions for PwD induviduals can take place even if they are not appointed under PwD quota. The ruling was done by a Division Bench of Justices Sanjay Kishan Kaul and R Subhash Reddy. It was based on an appeal filed by the Kerala Govt. to the SC, which was against the Kerala HC order that allowed for promotion of a disabled woman, Leesamma Joseph, via reservation, even if her initial appointment was not under PwD quota. The SC dismissed the appeal.

The Court stated that the “source of recruitment” shouldn’t make a difference. All that matters is that the employee is PwD at the time of considering promotion.

Indian diaspora to protest against PM Narendra Modi during the COP26... 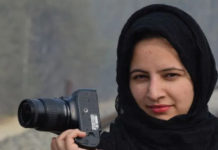