To suppress the ongoing struggle, a heavy police force was employed by the Haridwar authorities who went on to forcefully pick up the protesting labouers, women, and children.

The United Struggle Trade Union Front has strongly condemned the punitive action by the Haridwar administration against the labourers protesting for their rights and burnt an effigy in protest.

But later the company manager refused to follow the oral agreement and the workers were not reinstated. The DM and ALC also reneged on their words and assurances.

These labourers of Hero’s vendor Satyam Auto were illegally expelled from the company. 300 workers have been fighting for their return to work for four consecutive years.

This report was first published on Workers Unity’s website.

Read: Who is Responsible for the death of Migrant Sewage workers?

Central Vista: The Essentiality of the Emperor’s Vanity Project during the...

A Bharat Ratna Dies an Undertrial 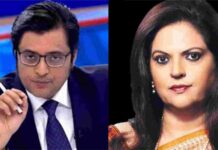