In a recent petition filed to the supreme court, Journalists N Ram, Director of Hindu Group of publications and Sashi Kumar, founder of Asianet sought an enquiry by a retired or sitting judge into the Pegasus snooping scandal.

Stating that right to privacy extends to one’s control over their mobile phones, the plea raised the following issues:

– What are the implications of such a hack? Do they represent an attempt by agencies and organisations to muzzle and chill the exercise of free speech and expression of dissent in India? as reported by Bar and bench.

The petitioners also asked the court to issue directions to the goverenment of India asking if the governement or any of it agencies have obtained a license to use the pegasus spyware or if it has used the tool directly or indirectly for surveillance purposes. The governemnt has not ruled out the use of pegasus and has not yet ensured an independent investigation into the scandal.

The plea stated “Mass surveillance using a military-grade spyware abridges several fundamental rights and appears to represent an attempt to infiltrate, attack and destabilise independent institutions that act as critical pillars of our democratic set-up” and that the use of the spyware is a violation of the right to privacy contained in article 14, 19, and 21 of the constitution.

The journalists submitted a forensic analysis that proved the phones of the targeted persons indeed faced Pegasus induced security breaches. The scandal is also a violation of fundamental rights to free speech and freedom of expression.

Referring to the telegraph act of 1885, the petition also said “Surveillance/interception is justified only in cases of public emergency or in the interests of public safety, and the existence of such conditions must be inferred reasonably and cannot be determined solely on the assessment of the government. Neither of these mandatory conditions have been met in the present case, rendering the surveillance wholly illegal.”

This is the third instance of a petition being filed to the supreme court seeking for a judicial probe. The petitions are yet to be heard by the apex court. 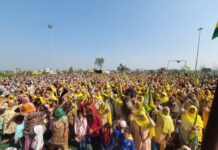