In a webinar hosted by LiveLaw on Friday, 10th July 2020, Navroz Seervai (Senior Advocate) and Gulnar Mistry (Advocate) reflected on the issue of ‘Patriarchy, Misogyny & Sexual Assault: Women And The Courts’. This discussion was prompted by the recent order of the Karnataka High Court in a rape case, where Justice Dixit commented that the behaviour of the complainant was “unbecoming of an Indian woman” as it “is not the way our women react when they are ravished” (Rakesh B v. the State Of Karnataka). After these statements invited widespread criticism for their patriarchal and misogynistic content, the Court decided to expunge these remarks from the record.

Nonetheless, the judge’s comments reflect the broader patriarchal framework within which rape cases are adjudicated in courts. The webinar focused on some of the most persistent and problematic notions which continue to be reinforced by judges in deciding cases of rape. It raised an important question on the development of rape law in India; that despite ‘progressive’ amendments to statutes in 2003 and 2013, an examination of recent judgments of High Courts and the Supreme Court shows that we have not moved away from long-held, patriarchal understandings of consent, womanhood, and sexual relations.

A ‘believable’ rape victim, in the eyes of the court, continues to be the patriarchal construct of a woman who is raped by a stranger, who resisted the assault and sustained injuries, and who is also sexually inexperienced (i.e., with a ‘respectable’ past)-  Navroz Seervai

In 2003, in a progressive move, Section 155(4) of the Indian Evidence Act was repealed, which had stated that “when a man is prosecuted for rape or an attempt to ravish, it may be shown that the prosecutrix was of generally immoral character” in order to impeach her credibility as a witness. This legal provision had allowed the use of a woman’s prior sexual history to establish her character as being promiscuous and unreliable. The deletion of this provision meant that the woman complainant’s past sexual history could not be brought forth in court to discredit her allegations of rape. This is significant considering that, in many instances, a woman might have had earlier consensual sexual relations with a man who later rapes her. As advocate Gulnar Mistry highlighted, NCRB’s statistics show that 94% of the rapes reported in 2018 were committed by a man who was known to the victim.

In 2013, after the Nirbhaya rape case, the rape provisions in the Indian Penal Code were amended to expand the definition of ‘rape’ beyond the act of non-consensual peno-vaginal penetration (or intercourse) to other forms of forced sex. Importantly, the amendment also added an explanation clause which defined ‘consent’ as “an unequivocal voluntary agreement when the woman by words, gestures or any form of verbal or non-verbal communication, communicates a willingness to participate in the specific sexual act: Provided that a woman who does not physically resist to the act of penetration shall not by the reason only of that fact, be regarded as consenting to the sexual activity”. This means that an absence of physical resistance by the woman, in itself, is not enough to constitute her consent. Consent is re-framed to mean ‘affirmative’ consent which emphasizes active willingness, rather than a lack of resistance, to engage in the sexual act.

However, despite the deletion of Section 155(4) in the Evidence Act, courts continue to lay stress on the prior sexual relationships of the woman complainant. They have continued to interpret the absence of physical resistance by a woman as her consent to the sexual act, even though the 2013 amendment expressly states the opposite. Therefore, although the law does not necessitate physical resistance on the part of the woman to prove rape, the courts have continued to burden women with this requirement. The Supreme Court conflated a ‘submissive’ disposition with consent in Raja v. State of Karnataka, and the Delhi High Court stated in Farooqui’s case that “absence of any real resistance of any kind re-affirms the willingness” of the woman, therefore reaching an absurd conclusion that “a feeble ‘no’ may mean a ‘yes’”.

As articulated by Mr. Seervai, a ‘believable’ rape victim, in the eyes of the court, continues to be the patriarchal construct of a woman who is raped by stranger, who resisted the assault and sustained injuries, and who is also sexually inexperienced (i.e., with a ‘respectable’ past). Mr. Seervai noted a pattern of patriarchal notions that are repeatedly employed by the courts to judge the credibility of a rape complainant. For instance, the courts continue to rely on the presence of injuries to prove the non-consensual nature of sex, despite this being in direct contradiction with the definition of consent under Section 375, IPC. Women under coercive circumstances do not put up physical resistance against the perpetrator out of fear for their life or safety, but this fact is often twisted by defense lawyers to suggest the probability of consensual sex and thus undermine the victim’s account of the incident.

Furthermore, the element of previous consensual sexual relations between the accused and the complainant is commonly used to discredit the victim and her allegation of rape. In such cases, the woman’s sexual autonomy to withdraw consent, after giving it once, fails to be recognized. Instead, undue emphasis is placed by the courts on the chastity and ‘virtue’ of the rape victim. In condemning rape as an offence against societal honour (which is closely associated with virginity in India), rather than as a violation of a woman’s sexual autonomy and bodily integrity, it is a patriarchal understanding of rape which is reinforced.

One might add that in the Indian patriarchal system, a woman who freely exercises her sexual autonomy becomes, by that very fact, a ‘suspect subject’. In a society where sex outside marriage is still a taboo and frowned upon, a woman who engages in such sexual relations is judged for giving consent in the first place. Perhaps it is easier for our judges to imagine a ‘pure’, un-desiring, and vigorously resisting victim than a woman who gives and withdraws consent at her own will.

Read Next: Making of the Chilean Feminist Anthem: A Rapist in Your Way

Unemployment : What Could Be Done But Would Not Be Done 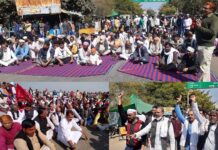 Government is not able to fight Covid, shifting the blame on... 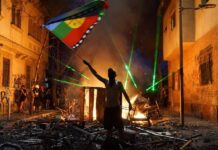 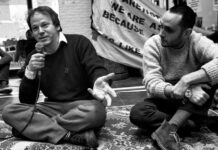