Advocate Prashant Bhushan has not backed down from exposing corruption within the judiciary even after the Supreme Court charged him with contempt of court last month. After pulling up Bhushan for his tweet on CJI Bobde (which has now been withheld by Twitter), the Court also resumed hearing an 11-year-old contempt case that had not been taken up since 2012.

CJI rides a 50 Lakh motorcycle belonging to a BJP leader at Raj Bhavan Nagpur, without a mask or helmet, at a time when he keeps the SC in Lockdown mode denying citizens their fundamental right to access Justice! pic.twitter.com/PwKOS22iMz

Bhushan has filed a 142-page affidavit explaining why his tweets constitute fair criticism and do not amount to contempt of court. He stated that the June 29th tweet on CJI Bobde riding a motorcycle without a helmet or a mask “was meant to highlight the incongruity of the situation where the CJI (being the administrative head of the Supreme Court) keeps the court virtually in lockdown due to COVID fears…is on the other hand seen in a public place with several people around him without a mask”.

On the second tweet concerning the role of the previous four CJIs in the ‘destruction of democracy’, Bhushan contended that he was “expressing his bona fide opinion about the state of affairs”. “At a time when the country witnessed an assault on all democratic norms, liberty of citizens, and the secular fabric, the Supreme court by various acts of omission and commission acted in a manner that allowed the majoritarian executive at the centre to trample upon the rights of citizens”, his affidavit states.

Advocate Dushyant Dave, who is representing Bhushan, argued on Wednesday in court that; “No one can claim infallibility which includes the judges. Hundreds of people tweeted after the photo was clicked of the CJI riding the bike. Is the court going to charge all with contempt of court?”. Bhushan has also stated that making remarks about the conduct of the CJI cannot be seen as amounting to ‘scandalizing or lowering the authority of the Court’ because; “To assume or suggest that ‘the CJI is the SC, and the SC is the CJI’ is to undermine the institution of the Supreme Court of India”.

His lawyer, Dave, told the Court: “[Bhushan] criticizes the court because of love and affection for the institution. He did not impute any motives. Please don’t misunderstand him.” Dave referred to Justice PB Gajendragadhkar’s acute observation that, “If judges decay contempt power will not save them”.

Prashant Bhushan’s affidavit also makes detailed references to instances of corruption within the judiciary, to justify and support the claims he made on Twitter regarding the role of CJIs in destroying democracy. The affidavit cites examples of the medical college bribery cases, the judges press conference, the impeachment proceedings against CJI Dipak Misra, and the judgments on the BH Loya and Bhima Koregaon cases. Bhushan has not shied away from highlighting the controversial circumstances around ex-CJI Ranjan Gogoi’s Rajya Sabha nomination.

Bhushan concluded his submission to the Court, stating: “I could multiply these instances but I think the above cases and their decisions and the inaction of the courts in dealing with some of these critical cases are enough for me to form my opinion about the role played by this Hon’ble Supreme Court in last 6 years in undermining democracy which bonafide opinion I am entitled to form, hold, & express”.

They have filed an application asking to be impleaded as parties alongside Bhushan in the case initiated against him. The activists stated that they are willing to risk facing all the consequences which may arise against them should the Court find Bhushan’s tweets to constitute criminal contempt. However, their impleadment application was rejected by the Supreme Court registry on the ground that “contempt proceedings are a matter strictly between the Court and the alleged contemnor”.

Modi Govt. Responsible for the Plight of Indian Students in Ukraine:... 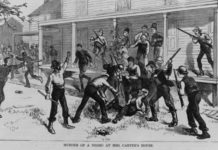 Another Victory for Protesting Farmers in Hansi, Haryana