West Bengal: The police resorted to lathi-charge, firing tear gas and water cannons against Students Federation of India (SFI), Democratic Youth Federation of India (DYFI) activists marching for education and Jobs. The demonstrators clashed at the Dorina crossing in the Esplanade of Kolkata with the police. Blocks and bricks were allegedly pelted at the officers, injuring some, including the Deputy Commissioner of Police. 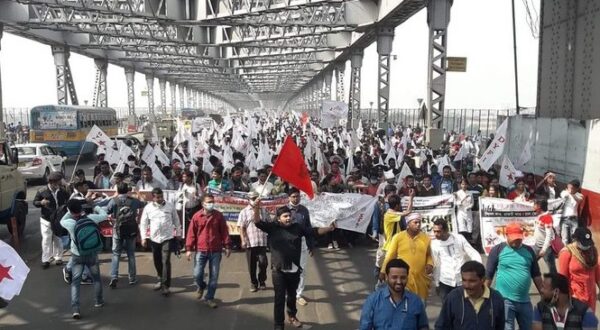 SFI, DYFI marched to the State Secretariat (Nabanna) to ‘show a red card’ to the Mamata Banerjee government.

Ten Left supporting youth and student organizations, including the SFI (Student Federation of India) and DYFI (Democratic Youth Federation of India) declared the ‘Nabanna Abhiyaan’ to protest against the policies of the TMC-led West Bengal government, demand employment, industrialization, and also to show a ‘red card’ over the state’s law and order situation.

Protestors who began to converge in hundreds from various parts of the city to the Esplanade were seen carrying ‘red cards’, mostly from Howrah and Sealdah stations,   Some of them brought sweets for the police as well.

Dipsita Dhar, All India Joint Secretary of SFI told Gauri Lankesh News that the street of Kolkata has once more witnessed a battle today. ” a battle between a government blinded by the arrogance of power, morally plagued by limitless corruption and visibly rattled by the fear of a youth uprising,” she said.

Dipsita added: ” It is a futile exercise to try to find out the winner or the loser in such a battle. When the battle is all about speaking truth to the power, asking pertinent questions and demanding rights by standing firm in front of the ruthless baton of the ruling regime, it ceases to remain only about the victory or defeat of the participants anymore.”

Dipsita also mentioned that the battle will emerge victorious as it starts inspiring a few thousand more to walk along with the procession with determination and courage. “It wins by sowing the seed for a bigger battle. It wins by whispering to the street that the battle will go on, the battle might bleed but will not die for sure,” she told. ” Such battles are not fought to win or lose but to usher many more, with more intensity and more conviction.” 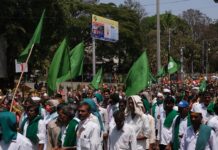 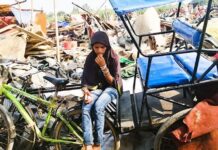