We can write the biographies again and again for the leaders on their birthday. But I want to differ by speaking about their ideologies than their biographies to take their ideas to the society. September 17 is the birth anniversary of EVR Periyar. The revolution that old man gave to Tamil Nadu was not an ordinary one. We can talk about individual events and his works for pages and pages. But the base over which he created that revolution is very simple. Just two words!

These are not two separate words, but mutually inclusive. Only if we start to reason, we will get a feel of self-respect. Only if we have respect over oneself, then only we will use our brain and Reason. 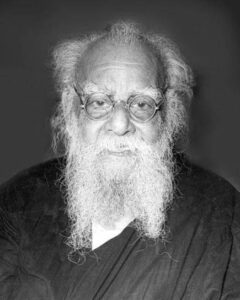 EVR Periyar saw an age-old Tamil land, which was trapped in age-old traditions, cultures, beliefs and the people are blindly following these social laws without any questions. They accepted that all their worries and poverty are because of karma and they were working hard in the belief of getting a wonderful life in the next birth. They accepted the caste system as told by the so-called God. This was not just an idealistic belief, but it resulted in poor and extractive social institutions. One good example is, the percentage of Forward class people in Tamil Nadu before the 1920s was only 3 to 5% but they were occupying the government jobs of more than 95%. This also resulted in poor representation of the Non-Brahmins in politics, economic, social, and civil spaces.

The Intellectual revolution that Periyar brought singlehandedly in Tamil Nadu can be compared with the Renaissance movement in Europe.

He came out of Congress and started ‘The Self-Respect movement’. He questioned everything which was put in the way to achieve self-respect. He questioned God, Culture, Stereotypes, Chauvinism, and literally broke every chain preventing people from achieving self-respect. He left nothing untouched. And he wrote tons and tons of pages about all these baseless beliefs in his magazines like Kudiyarasu, Viduthalai, etc.

Even in the time of struggle for independence, the people were not questioning the reason for their under-privileged state and the hegemony of the higher castes. Periyar saw the independence struggle as “the usage of the large masses by the higher caste people to get their power back from the outsiders” and he completely rejected the idea of independence, as it is just a transfer of power. He found that real independence lies in the freedom of the common people from their own submissive thoughts and these social inequalities. They have to respect themselves, their work, their mind, and their birth. So self-respect is the thing which has to be built in people’s thoughts. He demanded this Social Independence over Political Independence from the British. He found that ‘Reasoning’ is the means to achieve it…

Periyar told women that “No men will give u freedom. No men can be feminists. You can only fight for your freedom”.

He wrote about Feminism, Caste, Atheism, and connected to reasoning and self-respect. He opposed Domination in all ways and claimed Domination is his only enemy in all forms! One simple example is, he asked “Why even the oppressed people are oppressing women in their home?! If self-respect is important for you, then she also deserves that”. And he told to the women that “No men will give u freedom. No men can be feminists. You can only fight for your freedom”. His book ‘Why Women were Enslaved?’ have addressed issues related to the subjugation of women in the name of chastity, body politics, and social constructions, far before other feminist literature started to address these things on other parts of the world.

He travelled throughout Tamil Nadu. Spoke in as many public meetings as possible and have spoken at a meeting even 5 days before his death at the age of 94 with Hernia killing his abdomen. He faced severe opposition from higher caste and orthodox people i.e.the Sanatanis. They threw foot wears over him, stones, and even feaces. But he didn’t care about these things and didn’t stop till his death.

He started a culture of distributing pamphlets before the start of the meeting. After the reading was completed by the audience, he started his talk. He started a culture of questions at the end of every meeting. He discussed some scientific base in all his talks. In this way, he created an intellectual push in Tamil society. Study circles were created throughout Tamil Nadu. Newspapers were read and discussed in the nook and corners of Tamil Nadu, like barber shops, Tea shops, Playgrounds, etc. Regional newspapers wrote in a simplified way for the understanding of common masses. The intellectual revolution that took place in Tamil Nadu reached new heights of which he was also a reason. 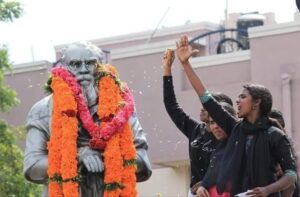 Though in the political field, the Justice party has created an opposition to the upper caste hegemony even before EVR, he is the one who identified the base of that social evil and tried in the social field till his death to uproot that using the tool ‘Reason’. He merged his ‘Self Respect movement’ with the Justice Party and gave birth to a party called ‘Dravidar Kazhagam’. The cultural evolution this kazhagam has done in Tami Nadu is a whole separate topic to talk about. The party was at the forefront of the anti-Hindi agitations in Tamil Nadu. This Kazhagam later gave birth to many regional Dravidian political parties which carried that opposition to the cultural domination of New Delhi. This base gave the push for later Dravidian politics which raised Tamil Nadu to the top in so many development indicators.

Also Read- Ayyankali: the first revolutionary voice against the upper castes in Kerala

His Intellectual revolution in Tamil Nadu can be compared with the Renaissance movement in Europe, as there also they have shifted the importance from religion to individuals. Renaissance scholars like Rousseau, Voltaire have been advocating for this scientific reasoning in Europe. This has been done by EVR Periyar singlehandedly here.

And in the world of “Believe me, I’m the God or I’m from God..” He is the only person I have known in history who said-that “Don’t accept just because i have said that. I’m a plain person. Analyse it with your brain. Accept the things which are reasonable and reject the rest”.

And that is why we love him. He is the one who have made 20th century, the ‘Self-respect age in Tamil Nadu’. On the birth anniversary of our beloved ‘Father of Modern Tamil Nadu’, we ensure that the Flame of reason he lit won’t go out!

The author is pursuing a Master’s in Sociology. 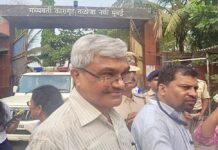 The Revolution in Nicaragua : Who were the Sandinista? 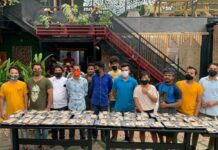 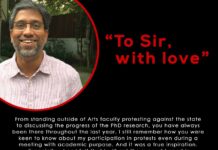 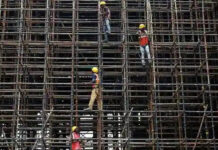 Gujarat: 3 Workers Dead, 3 Injured Inside a Chimney in a... 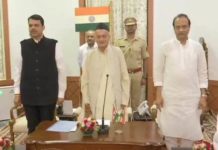