There has been mounting pressure on the Judiciary to look into the Pegasus scandal to hold the Central Government accountable in its clear attempts to surveill and repress any form of dissent, civic activism, opposition, etc.

In an open letter addressed to the CJI regarding the Pegasus scandal, signed by over 500 persons, Journalists, writers, lawyers activists, and academicians got together, asking the court to seek ‘time-bound answers from the government’ on the Pegasus case.

Calling the government’s use of the spyware nothing less than “cyber terrorism” against individuals, the petitioners questioned the integrity of constitutional authorities and the independence of the SC. The investigation into the scandal was said as one which revealed the breach of the right and freedoms of the people.

The letter began with “The Pegasus spyware investigation has unveiled how its military-grade malware installed on the phones of those targeted converts the device for use by a consumer to an object that spies on the individual, steals data, and transmits data to unknown persons/databases.”

The letter also focuses on the safety concerns of women and the fact that a court woman staffer who accused EX-CJI Ranjan Gogoi of sexual harassment in 2019 was being targeted in the list, and if there was a need for the government to do so. The woman complainant and her family members were added to the target list after she had placed an affidavit detailing her complaint. If this is the case “How can any woman in India ever be expected to pursue a complaint against a hierarchical superior in the face of the chilling possibility that this may expose her and her loved ones to such a sinister criminal invasion of privacy?” the letter asked.

The signatories asked the apex court to investigate:

Whether Pegasus was purchased by an Indian entity, and if so, who and how?
How were the targets chosen and how was the targeting constitutionally justified

The signatories of the letter include writers like Arundhati Roy, activists Aruna Roy, Kavita Krishnan journalists Anuradha Bhasin, Patricia Mukhim, and even college students and researchers in the list of 519 people.

The letter ended with the hope that the judiciary still has the capacity to instill confidence in the public and serve as the commoner’s voice.

The PIL by Kapil Sibal, was mentioned today, to the CJI, NV Ramana. Sibal pressed on the wide reaching consequences of the Pegasus news for civil liberties in the country, and world wide.

As reported by Live Law, the petition also seeks a direction to the Union of India from the SC, to disclose whether licences were obtained to use the Pegasus spyware for surveillance purposes.

The petitioners submitted the research and reports carried out by media outlets as part of the Pegasus project, and stated how the forensic analysis carried out by Amnesty Lab shows definite security breaches using Pegasus software.

The Pegasus Project has revealed how the NSO’s Pegasus spyware was used by multiple governments around the world to snoop on journalists, opposition members, lawyers, etc. The Indian government has denied allegations of snooping and unauthorized surveillance. It has also called the report “sensational”, stating that it is an attempt “to malign Indian democracy and its well-established institutions”.

The CJI agreed to the request and has scheduled the hearing for next week.

Read: Pegasus Project: Open Letter to CJI Cites Privacy of Women as a Key Concern to be Addressed 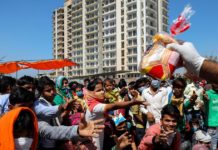