On Thursday, intensifying their protest against the BJP ruled Union government 15 opposition political parties took out a march from the Gandhi statue in the premises of the Parliament to Vijay Chowk to register a protest against the alleged manhandling of women MPs by marshals and abrupt decision to end the Monsoon session prior to its scheduled time.

On August 11, when the insurance amendment bill to privatise the state-run general insurance companies was tabled, opposition in the Upper House questioned its purpose of further privatisation of public institutions. Opposition MPs occupied the Well of the Upper House and sloganeered against the BJP led Union government.

The 2021 Monsoon session which has now been abruptly ended before its scheduled day of August 13, has witnessed several disruptions and protests by the opposition which wanted the Parliament to hold a discussion on several contentious laws and findings to which the ruling BJP government never agreed.

is this our parliamentary Democracy?
Marshall law in Temple of Democracy..
राज्यसभा…. pic.twitter.com/52oKWZ6swQ

The legislation in question, the General Insurance Business (Nationalisation) Amendment Bill, 2021, was passed by a voice vote in the time span of a few minutes without any kind of democratic deliberation of its provisions.

Following the tradition of her party of not providing answers to questions raised about their policies, Union Finance Minister Nirmala Sitharaman on Wednesday too did not bother replying to brief points raised by the opposition MPs.

Opposition parties had wanted the bill to be referred to a select committee.

Subsequently, the opposition MPs wanted to reach the Rajya Sabha Chairman M Venkaiah Naidu, to register their opposition to the bill but could not succeed because according to PTI he was protected by a wall of about 50 security staff.

The staff was deployed in a cross-gendered manner – male marshals were positioned near women MPs and female officers were near the male legislators, Scroll.in reported.

The Monsoon session of the Parliament was deliberately derailed by the Government. Joint Statement by the Opposition Parties. pic.twitter.com/WNayS0mpCe

Responding to the attacks, Sharad Pawar, chief of the National Congress Party said that “more than 40 men and women were brought into the House from outside,” and added that “It is painful. It is an attack on democracy.”

“Without any provocation… outsiders, who were not part of Parliament security, were brought in to manhandle opposition leaders and members, including women MPs who were only protesting the government’s conduct, highhandedness and muzzling of their voice,” a joint statement by the protesting parties said.

Apart from Mr. Gandhi and his party colleagues, NCP chief Sharad Pawar and the Shiv Sena’s Sanjay Raut were present. Leaders from the DMK, the Samajwadi Party, the RJD, the CPM and CPI, the Muslim League, the RSP, and the Kerala Congress also attended the joint protest.

An unusually high number of bills were passed during the session in both the Houses. The Rajya Sabha, Scroll.in reported saw 17 sitings and that functioned for 28 hours and 21 minutes during which 19 bills were passed, without any substantial effort from the BJP MPs to considers the contentions of the opposition.

Similarly, Lok Sabha was able to function for only 21 hours and 14 minutes during which 20 bills were passed in what the opposition parities called ‘an undemocratic way.’ 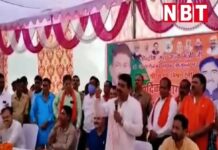