The Congress government led by Chief Minister Kamal Nath has declared that it will not implement the National Population Register (NPR) in the state of Madhya Pradesh.

CM Kamal Nath who had earlier passed a resolution against the Citizenship Amendment Act (CAA) on Monday asserted that there is no move “at present” to undertake the exercise of the NPR in the state.

His clarification came after Congress MLA Arif Masood’s protest against the state government’s decision to update the NPR, demanding a rollback of the same.

In a statement, Nath told reporters, “The NPR notification about which talks were going on was issued on December 9, 2019. After this, the Centre has decided to implement the Citizen (Amendment) Act (passed by Parliament on December 11). It means the NPR notified by the government is not the one under the CAA 2019, but as per the provisions of CAA- 1955s 2003s rule 3. Despite this, the NPR will not be implemented in the state.”

The NPR is scheduled to be carried out with the house listing Census exercise from April 1 to September 30, with the Central Commission claiming the NPR’s objective would be to create a comprehensive identity database of every “usual resident” of the country.

Nationwide, agitations have stemmed up against the CAA and NPR, claiming that NPR would be the first step to the National Register of Citizens (NRC); an exercise which if carried out along with the CAA, could render lakhs of citizens ‘stateless’.

Kerala CM Pinarayi Vijayan has also declared that the NPR will not be implemented there.

The coalition government in Maharashtra seems to have different views with regards to the NPR. While the Nationalist Congress Party (NCP) minister Jitendra Awhad has expressed that the government is against the CAA-NPR-NRC, the CM of Maharashtra, Uddhav Thackeray has said that the NPR and the CAA will not harm anyone.

Addressing the media Thackeray said, “CAA and NRC are different issues. NPR is the third issue. Nobody should fear about the CAA. NRC hasn’t come and will not come. If NRC is implemented, it will create problems not only for Muslims but for Hindus, Dalits, tribals and others. Centre has not made any statement on NRC. NPR is a census and I will go through columns given in the form. I don’t think there will be any problem with it. The census is carried out every ten years.”

Maharashtra has agreed to begin the enrolment under NPR from May 1. 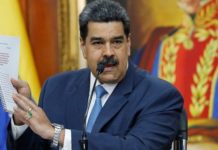