Amid the claims of electoral fraud, Nitish Kumar is all set to be the Chief Minister of Bihar for the fourth time. This BJP’s victory is a danger for other parties’ political survival. This is even the case for Nitish Kumar and his party, who are supposed to be the BJP’s allies who were repeatedly humiliated and likely won’t see the end of the next term. However, this hijacking of elections in a democracy is not just the defeat of the political party but will also cause more adversity for the majority of the working class.

What will change with NDA’s return?

Even though Nitish Kumar will be the face of government, it is BJP that holds more seats and will have more control over Nitish Kumar and the government. This is bad news for the masses in Bihar.

As soon as the BJP-led government comes into power, work on the slum demolition projects where mostly Dalits, Mahadalits, and backward classes reside.  In the last term, the NDA government had issued an order to lakhs of Dalit families to vacate their houses on government land in the name of the Land, water, and environment projects in Bihar. In many districts of the state, they also destroyed the houses of landless people and dug pits instead.

The same government also declared Kaimur, an Adivasi-dominated district of Bihar adjoining Jharkhand as a forest sanctuary, and announced Adivasis to leave the forest area. NDA’s return will put the lives of millions of Adivasi families in peril who have been fighting for their existence since the formation of the state.

Wherever BJP government is formed, there is a stranglehold of vigilante groups, also the Hindutva terrorists. This means as in UP there will be no control over the fabricated cases of “Love jihad”, beef-eating, mob lynching in the name of religion, and Ram Mandir. So, even if earlier Nitish Kumar had mocked Yogi Adityanath’s statement of expelling “foreign nationals”,  BJP will do anything to implement the CAA-NRC.

Since the BJP has emerged as the single largest party in the NDA, it will increase the pressure to implement the Labour Codes which subsumes many labour laws which are meant to protect labourers in favour of the market. In the last Parliament session, the BJP had passed these laws coercively in the absence of opposition parties. These amendments will make slavery-like conditions for the population already curse with migration to other cities.

The Nitish government had already abolished the state government markets. The market committees that were formed were also systematically destroyed. That is why farmers in Karhagar block, often called “the rice bowl” sell their paddy to the agents in Punjab.

The BJP will also increase pressure on Nitish to implement the new agricultural laws as soon as possible, which means that 90% of the rural population of Bihar will be at risk of losing their livelihood.

Basic facilities like ration, kerosene, government school, hospitals, electricity, water will be taken away from poor people. BJP government hates welfare schemes and has been removing many of these welfare measures like MGNREGA, pension, free healthcare, and education in the states that they have been ruling. Bihar will also see the same fate.

These are some examples to show the kind of misfortunes waiting to happen to the working class, Adivasi, Dalit, minorities, farmers, landless population if the “Senior Partner” BJP government is formed. BJP is not only the party of the capitalist class but also an extremely brahminical party, that thinks oppressing Dalit and backward classes is the right of the upper castes.

So when BJP says that it will open the doors for jobs that means it will crush all employment opportunities. BJP has made tall claims on corruption, but it was during their government that gave safe passage to big industrialists as Mallya and Choksi who owe large amounts of debt to Indian banks. Development for BJP means the development of only a few upper caste industrialists like Tata, Birla, Adani and Ambani. Due to this massive privatization, large scale unemployment and atrocities against Women and Dalits increased in BJP ruled states. Profitable Public sector undertakings were made bankrupt and sold to their favorite industrialists at throwaway prices in BJP ruled states. PM Modi talks of raising farm income in his lofty speeches during election campaigns but his government brings farm amendments that will reduce farmers to mere slaves to big agriculture industries. Same thing was done with labour law amendments.

This is a betrayal to the youth of the country.

In clear words, this is stealing victory through electoral fraud, and betrayal of trust is not only a matter of political parties. It is a betrayal to the the working class of Bihar. With the help of lapdog media, issues like mob lynching, love Jihad, Hindu-Muslim, CAA-NRC, Bangaladeshi infiltrators, Chinese aggression will be raised to create a ruckus and kill the working class.

The lesson of this election is that BJP arrival in Bihar is not only an attack on the working class but this election has also provided a fake recognition of the black laws passed by BJP and its harmful policies. Under these laws, atrocities committed by BJP-RSS will flourish like never before. The Mahagadhbandhan also would not have been particularly great for the working class but atleast they wouldn’t have to face the onslaught of naked anti-farmer and anti-working class policies.

The article was first published in Workers Unity web portal. It is translated into English by Neelima Mundayur and Swati Shukla.

The author is the editor of Workers Unity web portal. 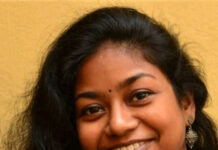 Tamil Nadu Govt to bear the Cost of Covid-19 Treatment in Private...