In the last four months, following a massive electoral victory clinched by the RSS-BJP, we have seen a spate of national policies that have paved the way for large-scale human rights violations. The recent decision taken up by the government to prepare a National Population Register (NPR) within September 2020, is no exception. This may be regarded as the first step towards the preparation of a National Register of Indian Citizens (NRIC), a pan-Indian version of the NRC exercise in Assam.

The NPR is envisioned as a list of country’s usual residents, who, as per the purpose of NPR, is defined to be a person who has stayed at a place for at least six months or intends to stay there for at least six months. The registrar general of citizen registration and census commissioner Vivek Joshi issued a notification, saying – “In pursuance of sub-rule (4) of rule 3 of the Citizenship (Registration of Citizens and Issue of National Identity Cards) Rules, 2003, the central government hereby decides to prepare and update the Population Register. The fieldwork for collection of information relating to all persons who are usually residing within the jurisdiction of local registrar shall be undertaken between the 1st day of April, 2020 to 30th September 2020”. The NPR will be prepared in all levels starting from the local (village/sub-town) level to sub-district, district, state and national level under provisions of the Citizenship Act, 1955 and the Citizenship (Registration of Citizens and Issue of National Identity Cards) Rules, 2003. It would be mandatory for every usual resident of India to register in the NPR that would contain demographic as well as biometric details. Clearly this move also aims to strip citizens of privacy and bring everyone under state surveillance.

NRC By Any Other Name would still be a witch hunt of minorities!

During his pre-election speeches, Amit Shah made promises to scrap Article 370 and introduce a nationwide NRC meant to ‘weed out’, infiltrators. He went on to add that Hindu and Buddhist refugees would receive Indian citizenship, and thereby, clearly indicating that the refugees belonging to the Muslim community are the real target of such policies. The proposed Citizenship Amendment Bill (2019) is also an added measure to ensure denial of Indian citizenship to Muslim immigrants from Bangladesh, Pakistan, or Afghanistan while it may be granted to people hailing from other communities.

The NRC exercise in Assam starting in May, 2015 has given a glimpse of the tragedy that may ensue in the wake of its pan-Indian version. In order to be considered an Indian citizen, a person has to furnish certain documents specified by the government. The whole process of obtaining and maintaining such documents pertaining to the residence of a person reeks of privilege that many cannot afford. Assam is a flood-prone state where people are left every year at the mercy of the Bramhaputra and its distributaries. Many people living in these flood-plains are devoid of permanent homes, let alone documents establishing their residency and ancestry. During the recent floods in Assam, many people were forced to return to their flood-engulfed homes to retrieve the NRC documents. Even, several individuals died under the pressure of bureaucratic and legal formalities associated with NRC.

Clearly the fear of death was superseded by the fear of being rendered stateless. About 40 lakh people were excluded from the final draft of the NRC, which was published in July 2018. Most of them were from the Muslim community and belonging to the poorest and most vulnerable sections of Assam’s society. In spite of the extreme financial difficulty, many lawful citizens are carrying out legal battles to get enlisted in the NRC. Recently, on 31st August 2019, the updated NRC was published with the exclusion of 19.06 lakh people, who now have to face foreigners’ tribunals. According to several reports, even these tribunals are not following the proper judicial process and are pressured by the BJP-led state government to declare people foreigners. Even if we consider this recent list as proper and final, then also the credibility of Amit Shah’s claim of 40 lakh “termites” in Assam should come under serious questions. Moreover, there seems to be no consensus regarding the long term treatment of the so-called illegal immigrants and refugees. They have been put up in detention centers for an indefinite period of time, under inhumane conditions and never-ending stream of human rights violations. As of February 2019, the number of persons detained across six detention centers in Assam is 938, among which 823 have been declared as foreigners by tribunals. Till now 25 of such ‘declared foreigners’ died inside the detention camps due to the lack of basic facilities and harassment inside the jails. These detention centers may be equated to Nazi-era concentration camps that the media have been unwilling to bring to the public eye. Shamelessly, Assam government is preparing for ten more such detention centers.

The whole situation reminds one of the excesses committed by the Nazi regime in Germany after Hitler’s ascension to power. The process of villanising and othering a community, robbing them of their identity, stripping them of their political power, and receiving widespread approval for such extremities were necessary to pave the road to absolute fascism. Today NRC and other attempts that are made by the ruling dispensation in the last few months are fulfilling the long-cherished dream of RSS to build a Hindu Rashtra. Tomorrow NPR will assist this ongoing process.

The article was originally published in Spark magazine. 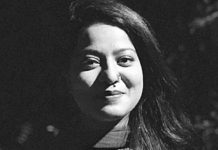 No alternative to direct Cash transfer for the poor : A workers study during the lockdown

Fadnavis resigns from CM post ahead of tomorrow´s trust vote

BJP is killing two birds with one stone with Kanhaiya Kumar...