On 1 February 2021, the democratically elected members of Myanmar’s National League for Democracy were deposed by the country’s military, the Tatmadaw. Tatmadaw then declared a state of emergency, vesting power in the hands of Commander-in-Chief, Min Aung Hlaing. The recently deposed President Win Myint was charged with breaching campaign guidelines and COVID-19 restrictions. The coup occurred in the context of the 2020 elections in Myanmar when the National League for Democracy won 396 out of 476 seats in Parliament. The military disputes the election results, claiming widespread voter fraud.

Myanmar has been under military rule for most of its independence. The transition to civilian rule in 2010 was only possible with strong concessions to the military. This coup shows how fragile democracy in Myanmar was.

Myanmar’s military has a complicated history. It originated as a combination of armies by two competing colonial powers, and after independence became a force on its own.

Myanmar was a colony as part of British India. When the British began to establish their rule in Myanmar, they adopted a divide-and-rule approach. Only certain ethnic minorities, the Karens, the Chins, and the Kachins, would be recruited into the army, but the Bamar majority was excluded. These units, mostly of Indian and ethnic minorities, would be used to stop rebellions. Until the separation of British Burma from British India with the two Government of India Act, 1935 and Government of Burma Act, 1935, Bamars were not allowed to join the army.

After the British established Burma as an independent colony in 1935, the restrictions against the Bamars were lifted, and they slowly began to conscript. However, with the Japanese invasion of Burma, the equation began to become complicated. A Burmese nationalist, Aung San, founded the Burma Independence Army. Initially, they fought with support from Japan. They were primarily Bamars and fought against the British Army, which was mostly a mix of Indians and ethnic minorities from Burma.

The Japanese Emperor had promised independence for Burma, but the model of government they tried to impose was based on a fascist model, with a strong military leader and a centralized state. In response to this, Aung San organized the Anti-Fascist People’s Freedom League in the final year of the war.

After the War, Aung San negotiated with various ethnic groups in Burma under the Panglong Agreement, to guarantee a unified independent Burma. He headed the transitional government in 1947 but was assassinated before independence.

The armies that fought on both sides of World War II were united into a single unit. The Army was placed under a member of Ne Win, an associate of Aung San. Ne Win was from a Burmese Chinese family and was part of the Burmese nationalist movement. He restructured and centralized the military.

Burma struggled as a new nation. Various groups made demands for regional autonomy. Ne Win saw these demands as anti-unity and a threat to the Burmese nation. In 1961, Ne Win took control of Burma through a coup d’etat, ending civilian control until 2011. In his radio speech, when he announced his takeover, he said that to preserve Burma’s unity, this was needed. He said that parliamentary democracy did not work in Burma.

Ne Win appealed to the public sentiment by claiming to espouse an ideology that blended Buddhism, Marxism, and Nationalism. From Marxism, he nationalized various industries, created a single-party state, set up rule by a new “Revolutionary Council,” established a “Socialist” constitution in 1974 though it stated that it would not make an enemy of the business class, nor would it align itself with leftist countries internationally. Initially, Ne Win had a good relationship with China, until a growing Maoist movement in Burma soured relations. As Burma was an ethnically diverse country, appealing to Buddhism merged better with their sense of nationalism.

Unrest and ferment against military rule began to build up from the beginning. On 8 August 1988, a massive revolt, now known as the 8888 uprisings (referring to the date) erupted. The military then declared martial law. They changed the name of the country to Myanmar and then agreed to conduct elections.

In 1990, the first elections were held, when the National League for Democracy won an overwhelming majority, with nearly 60% of the popular vote. The military refused to cede power, and rejected the election results, and continued rule.

The next decade was a difficult period for Myanmar. The National League for Democracy campaigned to resume elections. Their campaign was supported by the US, the UK, Japan, and many European countries, leading to sanctions against Myanmar. Apart from that, Myanmar’s economy was struggling, being one of the poorest countries in the world. Groups that demanded autonomy earlier, coalesced into militant groups.

In 2003, the government outlined a proposal, they called the seven steps to democracy, where they drew up a proposal to reinstate the constitution and return to civilian rule. The military would retain power in the new proposal, but elections could resume. The following year, 8 major organizations agreed to a ceasefire and to engage in talks with the government. This grew. Later in the year, 13 groups agreed to a joint proposal to allow the state to function in their regions, provided that each state would be allowed to draft its constitutions.

Negotiations between the government and local groups, on one hand, and with the United Nation on the other hand, eventually led to a 2008 referendum on a new constitution. The proposed constitution would return the country to civilian rule while reserving 25% of parliament seats for serving military officers. The constitution would prohibit immediate family of foreign nationals to become President, which would apply to Aung San Suu Kyi, as her husband and children were foreign nationals. The Military would maintain a certain level of autonomy and would appoint one of the Vice Presidents.

When elections were held in 2010, the National League for Democracy refused to participate, and the Union Solidarity and Development Party, a party with strong connections with the military, won. Subsequent elections were hotly contested by both sides. In 2012, the National League for Democracy participated in the bye-elections, winning most of the contested seats. In 2015, they won a majority in Parliament. While Aung San Suu Kyi could not be President, she would become the State Counsellor, a position akin to the Prime Minister, and the effective head of state.

Even if civilian rule is restored, the military will continue to have a powerful presence. The military is seen as a symbol of unity in Myanmar, and an indispensable part of the Myanmar state.

Many countries, especially former colonies, have had a troubled relationship between their military and civilian institutions. The military was originally formed to control the country as well as to defend it. Pro-democracy movements will need to learn how to tactically engage with the institutions of the army if the democratic rule is to be truly realized.

18 Workers Including 15 Women Die in a Chemical Factory Fire... 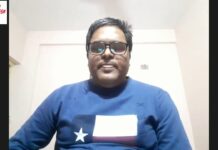