Over the past five to six years, Mahisha Dusshera has become more and more popular. The purpose of bringing back the buried history to the forefront and educating the forgotten history is very clear.

History, Puranas and Shastras are filled with Vedic ideology. In this, who are the caretakers of the society who have very cleverly mixed the cultures of the non Vedic people? Only when we ask this question, again and again, we can get some understanding of the situation.

The present-day Mysore region used to be called by various names such as  Mahisha Mandala, Mahisha Puri, Mahishuru, Mahishanooru ( ooru in kannada means village or dwelling place) ruled by the king Mahisha. This kingdom of the aboriginal king had its boundaries stretching to Mahismriti of the Vindhya mountains. The evidence of it is all recorded in the pages of history.

In our country, the historical attacks on aboriginals, Tribals, and Buddhists have destroyed our history. By destroying these indigenous cultures, the vedic culture reached on top through various stories and myths. The society and culture is manufactured in such a way that it is those myths that we see when we look around us and it is those myths that we believe in. Due to these reasons only, the bad representation of the indigenous people and the “Asur” or the demon king in our mythologies is rooted in our hearts and mind.

The Vedic traditions are glorified and the Ruling class has ensured mental slavery by imposing these glorified Vedic traditions and myths to control people. To do this, crore of gods have been created to serve the interests of the ruling class. Kuru, Panchala, Chera, Vengi, Magadha has been glorified in history books but the educated of the country have not shown any interest in Naga and Mahisha Mandala’s history. Due to this, the two valiant fighters are moved to sidelines, Mahisha is one among them.

The Vedic tradition of India, gained upper hand whenever they destroyed the aboriginal traditions by projecting the brave righteous local rulers as villains. They have misinterpreted words like Rakshasa, Asura, Danava, Kinnara, Kimpurusha etc by permanently ascribing them with negative attributes in the minds of people.

Great kings like Bali Chakravarthi, Ravana, Narakasura, Mahishasura were depicted in a despicable way. In the same way, even the Buddhist tradition they tried to destroy using the same conspiracies. Whosoever was against the Vedic dogma were divided into Rakshasa tradition and projected as brutal and cruel people.

“To destroy them a god had to come in a manly avatar, only after god came the Rakshasa was killed and the world became a better place” is the common lie that is told with a made-up story and made to believe with cultural practices. As a result of this story Mahisha, who was the ruler Mysore, his statue is outside and Chamundi statue is inside the temple.

Many pages of recorded history say the name Mysore came from its ruler Mahisha. King Mahisha built a vast kingdom with Mahishuru as its center.  In Kerala, people celebrate Onam in remembrance of Bali Chakravarthy as their brave and kind king, in the same way indigenous people in the Mysore region remember Mahisha´s memory with a lot of love on Mahisha Dashehra. Mahisha Dashehra is celebrated with such sense of devotion.

The vedic tradition which is famous for subverting the history with false narratives through puranas created a twisted narrative. Like how they created the twisted narrative of Vishnu coming in Brahmin form and stamping Bali into the nether worlds with the boon of three steps, similarly a false narrative story was created for Mahisha where Parvati took the avatar and power of Devi to kill him off. All these false narratives have resulted in the present-day celebration of Chamundi Dusshera. The stamp of approval by the subsequent kings perpetuated this narrative. Even after the introduction of democracy, the Vedic traditional minds have subverted and perpetuated this grand festival of false narrative into a state festival narrative.

Important aspects of history will see light one day of the other. This is shedding light on the false narratives of history built by the vedic traditions. Because of this, there is an increase in newer perspectives in the study of Bali Chakravarthi, Mahisha, Ravana, Narakasura and other “Asuras”.  The Vedic priests who kept education, wealth and power to themselves have resisted and removed all those who opposed its narratives. To guarantee their narrative to eternity they have targeted the people’s minds deeply with beliefs through songs, epics, mythologies, Vedas and sashtra’s.  Because of this the valiant representative of the region, the great aboriginal king Mahisha on whom we should be proud of has been depicted as a villain in people’s minds.

Today, progressive and depressed communities are pushing for a redefinition of history. Babasaheb Ambedkar’s gigantic talent is the driving force behind this. With this information, perspectives, and knowledge, Aboriginal people are marching like an army to celebrate Mahisha Dasara.

Let it take effect and let Mahisha, the proud hero of the land, stand tall again in the hearts of all. Thereby, let all the aboriginal gods who are made invisible, come to the forefront. 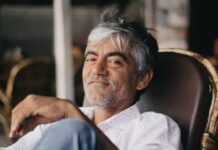