Thiruvananthapuram: Veteran film director Adoor Gopalakrishnan extended his solidarity with the farmer’s struggle in Delhi. He criticised the central government for worsening the situation. “Weather farm laws are good or bad, needy or not, farmers should answer this. If they said they don’t need the bills then what is the confusion. Then for whom these laws are made?”

He was talking in an inauguration ceremony of a relay hunger strike organized by farmers coordination committee in Palayam in solidarity with the ongoing farmers agitation in Delhi. He added, “Not giving attention to the issues of farmers will have a huge negative impact on our democracy.”

Farmers are protesting in Delhi in Gandhian way for more than a month. For them it is a do or die issue. They shed a lot of blood for our country. If they are asking to repeal the laws and not willing to except anything less than that then you can’t avoid them. This struggle is not for the benefit of any political party. This struggle is above all politics.

“Protesting farmers are not terrorists; they served our country and gave their lives for us. This is the time to strengthen the foundation of our democracy. It is extremely shameful that even the United Nations is scolding India.”

Even though it is already late our government should have the wisdom to solve the issue as soon as possible. Those who are in the ruling alliance should also raise this issue. He also added that he is taking part in the struggle because as a citizen he is having a lot of serious concerns.

In Kerala, various organisations have come out in support of the protest in the last few days. They have held marches to Raj Bhavan and organised rallies aimed at gathering support for the protest. Kerala’s opposition the Congress led United Democratic Front (UDF) has held a march to the states Raj Bhavan on 22nd December expressing solidarity with the protesting farmers.

Tomorrow Kerala is going to witness a special session of the state assembly proposed by the ruling CPI(M) led Left Democratic Front (LDF) to pass a resolution against the three contentious central agriculture laws. The resolution will ask for repealing of contentious central farm laws, immediate intervention to resolve the farmer’s struggle. The resolution will be presented by chief minister Pinarayi Vijayan in accordance with section 118 of the assembly constitution. Apart from the chief minister, the opposition minister and leaders of constituent parties will only get an opportunity to talk about the resolution. The duration of the special assembly will be one hour. 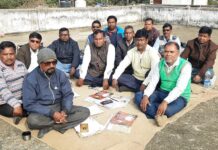 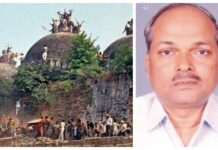