With increasing tension among the BJP legislators for carving out a Vijayanagara district out of Bellary, CM B.S Yediyurappa has postponed the idea till after the bypolls.

Chief Minister of Karnataka B.S Yediyurappa has made it clear that the Bellary district will not be bifurcated, After having a meeting with lawmakers and parliamentarians from Bellary, who opposed the state government’s plan to split the district to carving out a new Vijayanagara district.

CM B.S Yediyurappa had discussed the issue in a meeting of MLAs, MLCs, and MPs representing Bellary district on Wednesday, October 2nd at his home office, where the sections of the ruling BJP MLA’s expressed their stiff resistance against the proposal to create the new district by carving out six taluks from Bellary.

According to the sources, BJP MLA Somashekar Reddy has voiced strong opposition to the move in the meeting. He also warned the government that any approval for dividing Bellary to create separate Vijayanagara district will ignite a fire.

“We will not allow it to happen. Bellary district will remain united. The government should drop the idea of the bifurcation,” He said.

The discussion led to a heated exchange of words among the Congress and BJP MLAs with both targetting the disqualified MLA Anand Singh.

Anand Singh has been demanding the establishment of a new district saying that it will help promote tourism of Hampi. Hampi once served as the capital of the Vijayanagar empire.

Singh’s agenda for the new district is also to re-contest from the newly Vijayanagar district in the Assembly by-polls on BJP ticket if the Supreme Court upholds the plea of the disqualified MLAs.

The Chief Minister had earlier asked chief secretary T. M Vijay Bhaskar to place the proposal on the creation of the district before the next cabinet meeting, A day after he met a delegation led by Vijayanagar’s disqualified MLA Anand Singh who demanded the creation of the new district.

The proposal on bifurcation is being seen as a move to promote Mr. Singh to counter the enormous influence Reddy Brothers and Health and Family Welfare Minister B. Sriramulu have in the Bellary district.

Only Anand Singh was in favor of the formation of a new district with Hospete as its center. When several BJP and Congress MLAs cornered him, he walked out of the meeting midway.

After this, BS Yeddyurappa suggested – First, let us gather opinions from various political leaders and experts. Then will take the final decision”, concluded the meeting. In his interaction with media, BS Yediyurappa told that the decision has been postponed until after Karnataka by-polls.

As per the plan, Hosapete, Kampli, Hagari bommanahalli, Kotturu, Hadagali, and Harapanahalli would form part of the proposed Vijayanagara district, while Kurugodu, Bellary, Siruguppa,Sandaru, and Kudligi will remain in Bellary district, as explained by Yediyurappa in his note to the chief secretary on September 20th.

Meanwhile, Former Chief Minister Siddaramaiah has also criticized BS Yediyurappa move to create Ballari district and alleged that it as an attempt by the BJP government to help Anand Singh.

Demands for the division of more Districts

On the other hand, Congress leader G Parameshwara also wrote a letter to Chief Minister Yediyurappa to consider the creation of the Madhugiri district by bifurcating Tumakuru.

There was a long pending demand from some quarters to carve out Chikkodi as a separate district from Belagavi, which is the state’s largest district in terms of area. Along with this demand for the creation of a new Jamkhandi district from Bagalkot has also gained momentum. 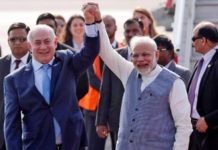 48hr ban on 2 Malayalam news channels is a warning to...