Navvu Baduka Beku (“We Also want to Live”)with this slogan, a people’s movement has started in Karnataka by the name of Janaagraha Aandolana. The movement is raising voice demanding life-saving measures and a financial package to support livelihoods of people.

The movement has received an unprecedented response from the people of the state. Despite the fear of Covid-19 and lockdown restrictions, people in large numbers have taken to the streets to put forth their demands to the government.

Protests happened across 31 districts and 102 taluks of the state. People came down on the streets protesting with empty plates and empty bags. Particularly women of poorer households participated in the protests in large numbers.

Many of the them have expressed their helplessness and requested the Chief Minister that “Living has become difficult, Do Something, Atleast provide us some money”.

Some women have expressed outraged against the Chief Minister.

“Come here and witness our difficulties. You are because of us, We are not because of you. Ae Yeddiyurappa, Where have you gone?”

It was also reported that thousands of People have sent across pictures from the protests and a poster addressing the Chief Minister to the Personal Secretary of the Chief Minister over Whatsapp. People are trying to get govt attention to their miseries.

Demands of ‘We Also Want to Live’ campaign:

The “We Also Want to Live” protests on the call given by Janaagraha Aandolana happened with the People demanding that the Government implements these Five emergency measures.

Janaagraha Aandolana is a result of the united outcry of the people in this COVID and social and economic pandemic. Many pro-people organizations and most political parties had earlier expressed their support for the legitimate and rightful demands of the people.

The major political parties including Congress and JD(S) had also earlier announced their support for the people’s demands.

On Sunday, President of Karnataka Pradesh Congress Committee, DK Shivakumar had in his social media posts stated that ” The Congress fully supported this Janagraha Andolana and it’s demands.”

JD(S) or Janta Dal( Secular) had also extended its support for the movement. M Srikanth State Secretary of JD(S) had earlier stated that “I will, on behalf of Janata Dal (Secular) demand that the government considers the demands of the people. JD(S) will support and participate in the protests happening on 24th May”.

Janagraha Andolana is demanding that government listen to people’s demands at least now when due to lockdown and corona people are struggling to get one meal.

One of the campaign poster says- “This time around, we are protesting outside our homes. Next time, it will be at the houses of your Ministers, Legislators and also Chief Minister”.

Janaagraha Aandolana also has stated that as soon as the lockdown restrictions are lifted, protests will begin right opposite the houses of all ministers and legislators, including the Chief Minister.

Earlier, as a part of the campaign over 400 activists in Karnataka had written to the Chief Minister of Karnataka – Mr. Yeddiyurappa. 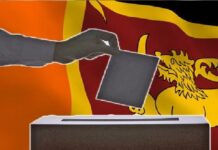