In a now-deleted tweet, Karnataka home minister, Basavaraj Bommai is seen talking to a VHP leader Sharan Pumpwell- ‘We will drop all the cases in which you are accused’ . The video was accidentally shared by Sharan Pumpwell on Twitter. He deleted the tweet soon after. But we managed to get access of the video. Here it is.

Sharan Pumpwell is a leader of the Vishwa Hindu Parishad and Bajrang Dal, both outfits of the Sangh Parivar in Karnataka. He has several charges of criminal acts against him.

Home Minister and Minister-in-charge of the Udupi district of Karnataka Basavaraja Bommai had visited Udupi to review the situation of floods. Sharan Pumpwell, who is known for his inflammatory speeches and is facing several charges for rioting met the Home Minister today. The video was first shared by Sharan Pumpwell on his Twitter account.

In addition to the video, he wrote that:

“The DJ Halli violence incident must be considered seriously and SDPI organization must be banned. The case must be transferred to the National Investigation Agency (NIA) as terrorists and anti-national organization, the Pakistani Intelligence Agency ISI has worked behind the incident.”

Sharan Pumpwell and his associates have appealed to the Home Minister to take action against PFI and SDPI. However, without verifying which video is being uploaded, he has shared the conversation between himself and the Home Minister. The Home Minister himself has been seen to be reproachful in the video.

On the one hand, the BJP government and its affiliates always criticize the Siddaramaiah-led Congress government for dropping the charges against SDPI activists. However, they are found to be requesting the Home Minister of their own government to drop charges of the incidents wherein their own right-wing activists are involved.

When a few Kannada news outlets including naanugauri.com reported about the incident, Sharan Pumpwell has deleted the video and retweeted about the issue with just a picture.

Supreme Court to Hear Petitions Against the Places Of Worship Act... 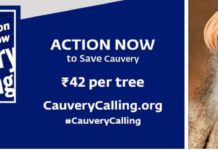 SC: Identify Orphan Children and Include them in Welfare Schemes