The Karnataka government led by a senior RSS whole-timer, B.S. Yediyurappa is going to honour Hindutva icon, VD Savarkar by naming two of the newly built major flyovers in Bengaluru and Mangaluru after him. There was a huge uproar against this decision of the RSS-BJP government as many pro-Kannada organisations with opposition parties and liberal-secular organizations questioned the logic to ignore so many freedom fighters, social reformers, and others from within the state. Since the renaming ceremony was taking time, the RSS strong-arm outfit, Bajrang Dal strung a banner reading “Veera Savarkar Melsethuve (flyover)” in Kannada on the flyover at Mangalore. They also wrote “Bajrang Dal” in saffron paint on the divider of the flyover.

It would be a sad day not only for Karnataka but the whole country if a seasoned collaborator of the British rulers and Jinnah led Muslim League is glorified in any way. Let’s hear from the horse’s mouth what Savarkar did as a collaborator of the enemies of India.

SAVARKAR’S HATRED FOR THE TRICOLOUR

Savarkar, like the RSS, abhorred every symbol of the Indian people’s united struggle against the British rule. He refused to accept the Tricolour (at that time there used to be a charkha or spinning wheel in the middle of it) as a national flag or flag of the freedom struggle. In a statement issued on September 22, 1941, for the benefit of Hindu Mahasabha cadres, he declared,

“So far as the flag question is concerned, the Hindus know no flag representing Hindudom as a whole than the ‘Kundalini Kripanankit’ Mahasabha flag with the ‘Om and the Swastik’ the most ancient symbols of the Hindu race and policy coming down from age to age and honoured throughout Hindusthan. It is actually sanctioned and owned by millions on millions of Hindus today from Hardwar to Rameshwaram and flies aloft on every Hindusabha branch office at thousands of centres. Therefore, any place or function where this Pan-Hindu flag is not honoured should be boycotted by the Hindu sanghatanists at any rate…The Charkha-Flag [before the present national flag it used to be the one] in particular may very well represent a Khadi-Bhandar, but the Charkha can never symbolize and represent the spirit of the proud and ancient nation like the Hindus.”

What HM and RSS cadres did to the freedom fighters who dared to carry Tricolour would be clear from the following words of a well-known socialist leader N. G. Goray who was witness to an incident in 1938 when the Hindutva cadres tore up the Tricolour and attacked those who were carrying it: “Who attacked the May Day procession? Who assaulted men like Senapati Bapat and [Gajanan] Kanitkar? Who tore up the national flag? The Hindu Mahasabhaites and the Hedgewar boys did it all…They have been taught to hate the Muslims in general as Public Enemy Number 1, to hate the Congress and its flag…”[Nauriya, Anil, ‘The Savarkarist syntax’, The Hindu, September 18, 2004, Delhi.]

It is to be remembered here that the British rulers were persecuting the freedom fighters who publically carried the Tricolour in the same manner.

When Netaji after escaping from India (January 16, 1941) was trying to secure foreign support for the liberation of the country and trying to organise a military attack on the northeast of the country which finally culminated in the formation of Indian National Army, it was Savarkar who offered full military cooperation to the British masters. While addressing the 23rd session of Hindu Mahasabha at Bhagalpur in 1941, he said: “The war which has now reached our shores directly constitutes at once a danger and an opportunity which both render it imperative that the militarization movement must be intensified and every branch of the Hindu Mahasabha in every town and village must actively engage itself in rousing the Hindu people to join the [British] army, navy, the aerial forces and the different war-craft manufactories.”

To what extent Savarkar was willing to help the British would be clear by the following words of his: “So far as India’s defence is concerned, Hindudom must ally unhesitatingly, in a spirit of responsive co-operation with the war effort of the Indian government [British] in so far as it is consistent with the Hindu interests, by joining the Army, Navy and the Aerial forces in as large a number as possible and by securing entry into all ordnance, ammunition and warcraft factories…Again it must be noted that Japan’s entry into the war has exposed us directly and immediately to the attack by Britain’s enemies. Consequently, whether we like it or not, we shall have to defend our own hearth and home against the ravages of the war and this can only be done by intensifying the government’s war effort to defend India. Hindu Mahasabhaits must, therefore, rouse Hindus especially in the provinces of Bengal and Assam as effectively as possible to enter the military forces of all arms without losing a single minute.” [Ibid., p. 460.]

Savarkar spent the next few years in organizing recruitment camps for the British armed forces which were to slaughter the cadres of INA in different parts of North-East later. The Madura conference of Hindu Mahasabha concluded with the adoption of an ‘immediate programme’ which stressed: “to secure entry for as many Hindus recruits as possible into army, navy and the air forces”. [Ibid., p. 439.] He also informed them that through the efforts of Hindu Mahasabha alone, one lakh Hindu’s were recruited in the British armed forces in one year. It is to be noted that during this period RSS continued inviting Savarkar to address the RSS youth gatherings for motivating the latter to recruit into the British armed forces.

SAVARKAR DECLARED INDIA IS NOT ONE NATION

The documents available in the Hindu Mahasabha archives are shocking and make it very clear that Savarkar, like the Muslim League, believed that India is not one nation but consisted of two nations as claimed by Jinnah and the Muslim League. While delivering the presidential address to 19th Hindu Mahasabha session at Ahmedabad in 1937, Savarkar declared: “As it is, there are two antagonistic nations living side by side in India, several infantile politicians commit the serious mistake in supposing that India is already welded into a harmonious nation, or that it could be welded thus for the mere wish to do so…India cannot be assumed today to be a Unitarian and homogenous nation, but on the contrary, there are two nations in the main: the Hindus and the Moslems, in India.”

He not only kept aloof from the freedom struggle but also helped the British rulers in suppressing any challenge to their interests. During 1942’s Quit India Movement when the whole country was facing brutal repression of the colonial masters Savarkar declared: “The Hindu Mahasabha holds that the leading principle of all practical politics is the policy of responsive co-operation. And in virtue of it, it believes that all those Hindu Sanghatanists who are working as Councillors, Ministers, Legislators and conducting any municipal or any public bodies with a view to utilize those centres of Government power to safeguard and even promote the legitimate interests of the Hindus without, of course, encroaching on the legitimate interests of others are rendering a highly patriotic service to our Nation. Knowing the limitations under which they work the Mahasabha only expects them to do whatever good they can under the circumstances and if they do not fail to do that much it would thank them for having acquitted themselves well. The limitations are bound to get themselves limited step by step till they get altogether eliminated. The policy of responsive co-operation which covers the whole gamut of patriotic activities from unconditional co-operation right up to active and even armed resistance will also keep adapting itself to the exigencies of the time, resources at our disposal and dictates of our national interest.” [Italics as in the original]

“In practical politics also the Mahasabha knows that we must advance through reasonable compromises. Witness the fact that only recently in Sind, the Sind-Hindu-Sabha on invitation had taken the responsibility of joining hands with the League itself in running coalition Government. The case of Bengal is well known. Wild Leaguers whom even the Congress with all its submissiveness could not placate grew quite reasonably compromising and sociable as soon as they came in contact with the HM and the Coalition Government, under the premiership of Mr Fazlul Huq and the able leadership of our esteemed Mahasabha leader Dr Syama Prasad Mukherjee, functioned successfully for a year or so to the benefit of both the communities.”

Savarkar even preached that it was legitimate to have the King of Nepal as ‘Free Hindusthan’s Future Emperor’ if the British leave India. His advice to the British rulers was very clear: “If an academical [sic] probability is at all to be indulged in of all factors that count today, His Majesty the King of Nepal, the scion of the Shisodias[sic], alone has the best chance of winning the Imperial crown of India. Strange as it may seem, the English know it better than we Hindus do…It is not impossible that Nepal may even be called upon to control the destiny of India itself. Even Britain will feel it more graceful that the Sceptre [sic]of Indian Empire if it ever slips out of her grip, should be handed over to an equal and independent ally of Britain like His Majesty the King of Nepal than to one who is but a vassal and a vanquished potentate of Britain like the Nizam.“ [Italics as in the original]

Savarkar may be a ‘Veer’ or brave for the Hindutva camp but the fact is that he wrote more than six mercy petitions and got remission of almost 40 years out of 50 years’ conviction. If RSS-BJP is so sure of Savarkar’s patriotic credentials, let them make these writings of Savarkar public so that people of Karnataka and rest of the country can reach an objective conclusion. 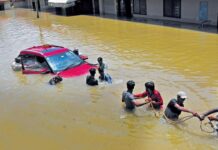 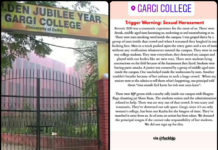 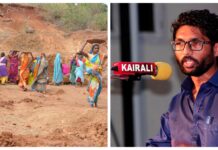