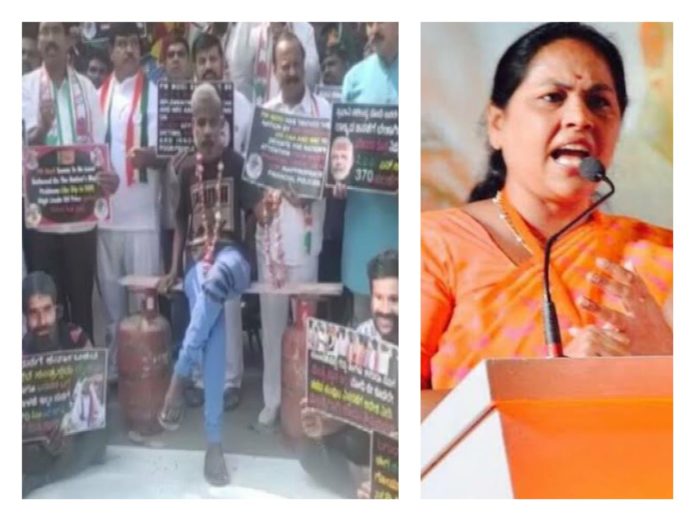 Congress workers held a protest today against the rise in onion prices in the Chikmagalur district of Karnataka. When Shobha Karandlaje, BJP MP from Chikmagalur came midway from her work to negotiate with the protesters, the protesters put on her a garland made of onions.

The protestors were shouting slogans against Narendra Modi and BJP member Shobha Krandlaje. They held the protest outside the office of the district magistrate in Chikmagalur. The protesters denied negotiating with the minister and forcefully put the garland around her neck. When she tried to escape from the situation, she was followed until her car by the protestors and was put with the onion garland.

After this incident, Shobha Krandlage commented that the protest that is being called tomorrow is by the ‘Tukde Tukde gang’ and asked people not to participate in the protest. She also added that the citizenship act is for the betterment of the country.

Another protest was held by the Congress workers at the Maurya circle in Bengaluru on Saturday. The protesters were against the central government for not being able to control the price of essential items, highlighting the rise in the price of onions across the country. While some protesters shouted slogans against Prime Minister Narendra Modi, few others were seen wearing face masks featuring Narendra Modi and other BJP-leaders along with the garland of onions. 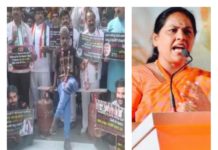 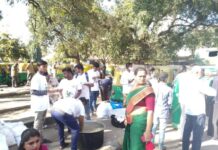